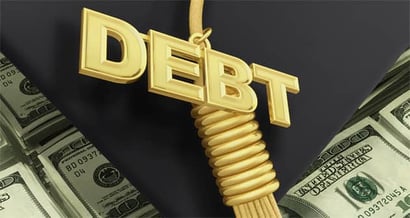 With the cost of a four-year college education continuing to hit new highs, millennials aren’t the only ones struggling with rising levels of student loan debt.

In their most recent study, LIMRA’s Secure Retirement Institute analyzed data released by the government and arrived at some surprising and disturbing conclusions. The data showed boomers between the ages of 65 and 74 are carrying almost six times the amount of student loan debt into retirement as they did 25 years ago.

The level of education debt in 1989 for seniors in this age bracket was less than one percent of their overall debt load. The most recent data show that number has risen to 15 percent of overall debt carried into retirement.

A big reason for this increase in student loan debt can be explained by baby boomers taking out student loans to help pay college tuition for their children and grandkids. While this type of debt was around $400 for retirees in 1989, today it averages $2,300. With the cost of college tuition continuing to grow, many parents of millennials find their college savings plans simply aren’t enough. Taking on debt to put their kids through school is the only option for many of those nearing retirement age.

The median tuition for four years at a public university has risen more than 400 percent since 1989.

While the findings of boomers entering retirement are concerning, those in the pre-retirement age bracket of 55 to 64 have it even worse. According to LIMRA, the average level of installment debt for this group is just under $8,000 — 30 percent of which is education debt.

The findings in this study are distressing for retirees and those soon to retire, but one group is in the most trouble: Millennials themselves

Those under 35 years of age average more than $19,500 in student loan debt. In 1989, the same age group owed around $3,000. Putting it into perspective for millennials, student debt is nearly 70 percent of the total installment loan debt they carry.

Researchers for LIMRA who put together the report called the findings drastic.

“It’s a type of debt that can hinder people being able to retire on time, one that you really don’t want to carry into retirement,” said Mike Ericson, s LIMRA researcher.

This means for many Americans, retirement future is less certain than ever. With Social Security in doubt as a safety net for younger Americans, the money spent on interest for student debt is money not saved for retirement. It’s sort of a double-edged sword for young earners, putting them even further behind in building a retirement nest egg.

To be clear, a college education is all but required in today’s job market. However, one must question the rising costs of this necessary achievement. If college graduates are to both earn a living and save for retirement, student loan debt simply must become a smaller burden upon their financial lives — not to mention the lives of their parents and grandparents.