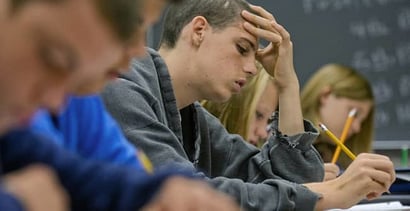 Gina Roberts-Grey is an award-winning writer and colunnist who's covered credit, debt, personal finance and insurance for nearly two decades. She’s a frequent contributor to numerous print and online finance outlets such as Investopedia, Entrepreneur, CreditCards.com, Next Avenue, Fox Business, MSN, and many more. Gina is a seasoned journalist with profound writing abilities, having personally interviewed hundreds of celebrities for in-depth magazine profiles.

Americans are in debt…a lot of debt at that. Adding insult to injury is the news that the mountain of debt facing the average American household is continuing to grow—not shrink—according to new data.

The Federal Reserve Bank of New York’s recently released Q4 2014 Household Debt and Credit Report says the amount of household debt shouldered by Americans increased $117 billion from the third quarter of 2014. The increase has total household indebtedness at a whopping $11.83 trillion as of December 31, 2014.

Breaking down the numbers

The increase at the end of 2014 isn’t something new; total debt has ballooned $306 billion since the fourth quarter of 2013.

In 2014, credit card debt rose $17 billion. Mortgage and auto loan debt combined for another $213 billion increase of household debt. But student loan debt spiked $77 billion in 2014, with nearly half that debt coming in the 4th quarter of 2014.

Analysts speculate the drastic jump in student debt in the 4th quarter of 2014 is due to the rising cost of higher education and the lack of parents’ ability to help their college-bound children offset the cost of a bachelor’s degree.

Outstanding student loan balances now stand at $1.16 trillion and the average member of the class of 2015 college graduates will walk away carrying an average $33,000 of debt.

To make matters worse, the 90-day delinquency rates for student loans and auto loans also rose in the last quarter.

Paying off student loans is one of the most effective ways for a young person to build a credit score — and since many new college graduates don’t have a mortgage, car loan or dozens of credit cards, it’s also often the only way to build and nurture those precious three little numbers.

Student loans are treated as an installment loan by the three major credit bureaus (Equifax, Experian and TransUnion). That means just like with a credit card or car loan, the easiest way to put that monthly student loan payment to work is making the payment on time each and every month.

On the flip side, failing to pay back student debt can dampen a grad’s credit score for decades to come. The hit suffered by a credit score could cause a ripple effect that locks a person who defaults on a student loan out of a mortgage, car loan, job, car insurance and a host of other things that factor credit score into a decision process.

Instead of defaulting and skipping even one payment, those lugging around that average $33,000 of student debt (or more) should look to a deferment if they can’t make a payment or two (or more).

While that won’t decrease the amount you owe, it will protect your credit score from the damaging blow a missed payment can deliver. If you’re struggling with negative marks on your credit report, a credit repair firm may be able to help.

If at any time a person with student debt is in a situation that makes it difficult to repay the loan, it’s wise to contact the lenders and ask for a deferment. Deferments may also be helpful even if you can pay back the loan.

Some with student loan debt may struggle to have a car loan or mortgage approved because of the size of the monthly loan payment. But asking the financial institution to grant a student loan deferment for may help a potential lender reach the conclusion a consumer has the ability to repay the new loan because part of your income is temporarily no longer allocated for student debt.

Looking for ways to save money on college? Check out 7 Ways to Save on Student Loans.

Gina Roberts-Grey
Gina Roberts-Grey is an award-winning writer that’s covered credit, debt, personal finance and insurance for more than a decade. She’s a frequent contributor to numerous print and online finance outlets and can be reached via her website GinaRoberts-Grey.com or on Twitter @GinaRobertsGrey.