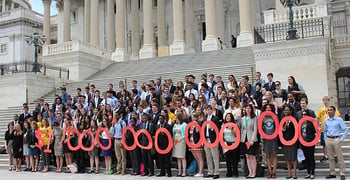 Student loans have overtaken both credit card and automobile debt as the largest percentage of household debt in the U.S.

According to new data from the Federal Reserve, student loan debt has tripled since 2004 to nearly $1 trillion.

The reasons the Federal Reserve gives for this rapid increase include: rising numbers of parents taking out student loans due to the recession, a still-weak job market and students staying in school longer or opting for advanced degrees.

Whatever the reasons, the increased student loan debt has the potential to damage the U.S. economy on a scale similar to the housing collapse.

What is even more alarming is the rate is increasing.

According to the U.S. Department of Education, loans that originated in the period from 2005 to 2007 have a default rate of 12.4 percent.

Part of the reason for this can be attributed to the very tight labor market, preventing recent graduates from gaining employment in their chosen field.

Sallie Mae, the largest issuer of student loans, has recognized there is a growing problem and has begun selling student loans to large institutions at an increasing rate.

These large buyers of debt are hoping to reap yields that are greater than they can get through treasuries. These are a far riskier type of security.

As the job market improves, people hope the default rate on student loans will level off or even decrease.

In the meantime, we can all just cross our fingers and hope we do not see a repeat of the economic crunch in 2008.