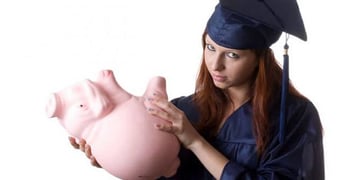 Rising tuition, a stale job market and lower-paying jobs — is college still worth it?

A new study by the Federal Reserve Bank of New York finds the answer to be an overwhelming yes.

For decades, the mainstream assumption was attending college wasn’t optional. Anyone considering not getting a degree would be questioned how he or she would ever find a job or be successful.

What the critics say

With total outstanding student loans exceeding $1 trillion, many financial experts and media have warned of an impending student debt crisis.

Rather than reforming the system, some are advocating that college is no longer necessary.

In 2013, career expert and startup founder Penelope Trunk told Business Insider she estimates “85 percent of college students are wasting their time and money on getting a degree.”

In a blog post on her own site, Trunk recommends establishing a “non-linear” career by skipping college, focusing on internships instead of school and starting your own company rather than working for others.

Factor in the opportunity cost — the money someone could’ve made instead of attending school for four years — and Trunk’s suggestion seems fairly attractive:

New study reveals college is still worth it

Despite Trunk and others encouraging young adults to skip college, research by the NY Fed concludes college is still worth the expense.

They analyzed economic returns of a college degree since the 1970s and found “the benefits of both a bachelor’s degree and an associate’s degree still tend to outweigh the costs, with both degrees earning a return of about 15 percent over the past decade.”

Below we see the difference a college education makes:

You may wonder how this is possible when tuition costs are skyrocketing and the job market isn’t keeping up.

According to the Fed’s report, the return has stayed high despite this “because the wages of those without a college degree have also been falling, keeping the college wage premium near an all-time high while reducing the opportunity cost of going to school.”

They also found the return on investment varies depending on your major.

“Students whose majors provide technical training, such as engineering or math and computers, earn the highest returns — 21 and 18 percent, respectively,” according to a press release about the study.

While not every major had double-digit returns — those in liberal arts and hospitality were below average — they found “every major earned a return of more than 9 percent.”

To truly illustrate the long-term benefits of a college education, note the difference in lifetime earnings between individuals with different levels of education — those with a bachelor’s degree are making on average roughly $1 million more those who stopped at high school.

Is college is right for you?

It depends on your career path. If you want to be a doctor, lawyer or other profession that requires graduate school, college is a must. If you major in engineering or math, your return on investment for college is high.

Certain fields still won’t consider hiring someone without a degree, but if you want to be an entrepreneur or go into a field requiring less formal training, such as entertainment, you may be able to skip college with fewer consequences.

Another option is community college, which can help you learn about a field and receive certifications while spending only a fraction of the price.

Before you decide, it’s important to be informed. Reach out to HR professionals, recruiters or hiring managers in industries you’re targeting to find out if they would consider applicants without a degree and, if so, what experience and qualifications they require.

Keep in mind there is no rule that says you must go straight from high school to college.

If you’re on the fence and can afford it, it’s fine to take some time off to do your research, hold internships and figure out the right path for you before you spend the money on tuition.

How to Live Debt-Free in College

College Students Worry About Debt But Not Overdrafts, Study Says