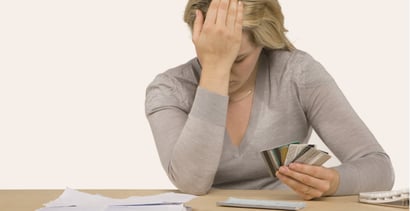 When you apply for and borrow money from a credit card issuer or lender, you make a contractual promise to make payments on the debt you owe by a specific date each month. This date is commonly referred to as the due date.

If you make all of your payments by the due date then all will be well. If, however, you do not make your payments on time, there is a chance your credit scores will suffer.

It’s critical to pay your bills on time. But if you’re tight on money and your due dates are approaching, you may wonder how to prioritize your payments, and exactly when a payment is officially considered late.

The answer to this question is a bit complicated because it varies depending on who you ask.

In the eyes of your lenders or credit card issuers, you are late as soon as the day after your due date. So, if your credit card payment is due on the fifth of the month, but you fail to pay it until the sixth of the month or later, the card issuer considers you to be late and may charge you a late fee. You could face other consequences as well, including increased interest rates and lower credit limits.

Late payments aren’t reported to the credit bureaus until the payment is at least 30 days past due.

Mortgage payments, on the other hand, are normally due the first day of the month but are not considered past-due until the 16th of the month. Mortgage lenders usually give you a 15-day grace period before you are considered to be late.

As it pertains to credit reporting, the story is different, and from a consumer perspective, the industry standards are pretty lenient. The credit reporting guidelines, which are newly published every year, dictate that lenders are not allowed to report you as being late to the credit reporting agencies until you are a full 30 days past the due date.

So, in essence, the credit bureaus are giving you a 30-day grace period before late payments can hit your credit reports.

You may have noticed that there is no “1-29 days late” option. Again, that’s because creditors can’t report you as being late to the credit bureaus (Experian, TransUnion, or Equifax) until you are a full 30 days late or more.

You may be three weeks late on a payment to your lender, but your credit report won’t reflect that late payment as long as you make your payment before you go 30 days past due.

Both FICO and VantageScore base about one-third of the points in your credit scores on your payment history. This category considers the presence or lack of negative information, including late payments.

And while late payments are not worth a specific number of points in your credit scores — that’s not how credit scoring models are designed — they can be as harsh as costing you dozens of credit score points and as benign as having no impact at all.

Late Payments Can Only Stay on Your Reports for 7 Years

When negative information appears on your credit report, it typically remains there for a limited number of years. The credit mistakes you made many years ago won’t continue to follow you forever.

Thanks to the Fair Credit Reporting Act (FCRA), late payments can only remain on your credit report for up to seven years from the date they took place. Once the seven-year statute of limitations expires, the credit bureaus must delete the record of those old late payments from your report.

And, keep in mind, the seven-year rule is the maximum amount of time a late payment can remain on your reports. The credit bureaus can certainly remove them earlier.

Of course, there is an important exception to this rule. If your credit report contains a late payment that is incorrect or outdated (older than seven years), the FCRA gives you the right to dispute the account and have the reports corrected.

When a credit bureau receives your dispute about an incorrect late payment, it has to contact your creditor and start an investigation into your claim. The investigation can take up to 30 days, but most disputes are resolved within a couple of weeks.

If your dispute is successful, the late payment may come off your credit reports right away. However, if the creditor verifies that the late payment is accurate, it will likely remain on your reports.

Late Payments Make it Harder to Qualify for Financing

When your credit reports are full of late payments, it indicates to lenders that you’re a risky borrower. You promised to pay your bills on time, but, for whatever reason, you didn’t follow through on those agreements.

Late payments on your credit reports can make it harder to qualify for new financing. And, because late payments often lead to lower credit scores, you may find yourself limited to subprime lenders and punitive terms.

Ultimately, it’s important to avoid missed payments if you want to earn and maintain solid credit scores. If you already have a history of late payments on your reports, try to break this habit ASAP.

As existing late payments on your reports begin to age and you develop a pattern of new, on-time payment history, your scores will recover.

How to Protect Your Credit Score from These 6 People

How to Check Your FICO® Score

What is the Highest Credit Score Possible?