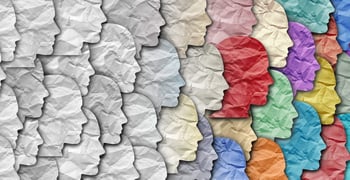 By: Erica Sandberg
Our popular “How-To” series is for those who seek to improve their subprime credit rating. Our articles follow strict editorial guidelines.

Consumer credit scores, such as FICO Scores developed by the Fair Isaac Corporation, are used by lenders and other businesses to assess a person’s credit risk. The scores are calculated by inputting the data that appears on an individual’s credit consumer credit report (Equifax, TransUnion, and Experian) into a specially created algorithm.

Payment history is the most important factor used to determine your FICO Score, then credit utilization (the amount of debt you carry on revolving credit products like credit cards). Less important considerations are your length of credit history, the types of credit products in use, and whether there was a flurry of applications for new credit products.

Although a person’s individual actions with credit products drive their numbers up and down, there are interesting statistical data based on specific groupings. Here is how average credit scores break down by age, race, state, and income — and what anyone, no matter their circumstances, can do to increase their scores.

The older a person is, the more likely he or she is to have the highest FICO Scores, according to 2019 data compiled by Experian. Consequently, younger people’s scores fall to the bottom of the scale:

It makes sense that people who are just starting out in the world of credit garner the lowest scores because it takes time and effort to build an impressive credit history. To do so, a person would need to use a variety of credit products responsibly for several years.

Consumers’ credit scores tend to steadily rise every year because they have richer data appearing on their credit reports. Borrowers with good credit usually finance cars and homes and use and repay multiple credit and charge cards. The more positive borrowing information that is listed on a credit report, the better the person’s scores will be.

So why do credit scores dip a little lower for people in the very oldest age group? Recent borrowing activity is the likeliest reason.

This demographic may not have as much need to borrow for what they want to buy and use their assets instead. Therefore, they won’t have the same amount of new information appearing on their credit reports as they previously did.

Of course, credit scores differ widely among individuals, but could there be credit scoring differences between races? It seems so.

Here is the breakdown of average scores, as reported by the company Shift Payment Processing:

Although there is a 68-point disparity between the highest and lowest scores, the great news is that people from all groups have average credit scores that are at least in the good range of 670 and higher.

That means that lenders will look favorably at those numbers for credit card and loan applications (though other factors are also qualifying considerations, such as income and assets).

Still, better credit scores — especially those in the excellent range — have an impact on the interest rates that a lender will offer. In most cases, the higher the scores, the lower those rates will be.

Credit scores differ by where people live in the United States, too. Here is the average consumer credit score by state, including the District of Columbia, based on Experian’s 2019 Consumer Credit Review:

The 10 states with the highest average credit scores are:

The 10 states with the lowest scores are:

Interestingly, the states with the highest scores do not correlate with states that have the highest average incomes.

Although earning a lot of money is not essential to building a high credit score (as the next category indicates), a hefty income does give people who have it an edge that can push those scores up — at least statistically.

It stands to reason that the more money a person earns, the easier it is for them to repay a balance on time and in full. Conversely, when people struggle financially, they may turn to credit products to help them get by, but then have trouble paying their bills on time and staying out of oppressive debt.

This is especially true when the interest rates are subprime and the financing fees that are tacked onto card balances make the debt more expensive.

A 2019 breakdown by WalletHub of the income groups with the highest and lowest overall credit scores tell a predictable story:

To clarify, people who earn large sums of money can and do get into credit trouble. Wealthy Americans certainly may overindulge in products and services that are outside their means, then start to fall behind on their payments while accumulating major liabilities.

In short, everyone can manage and mismanage credit products.

How to Beat the Averages

The key to achieving the very highest credit scores, no matter a person’s age, race, state, or income, is consistent across the board. The steps are simple:

By implementing this strategy, anybody can develop credit scores in the upper reaches of the credit scoring scale.

Erica Sandberg
Erica Sandberg is a consumer finance expert and journalist whose articles and insights are featured in publications such as the Wall Street Journal, Reuters, MarketWatch, Forbes, and MSN Money. An experienced media host, she's led many financial programs, including her podcast, "Adventures With Money." She's appeared on Fox, CNN, "EconTalk" and "The Dr. Drew Podcast," and has been the resident money and credit authority for KRON-4 News in San Francisco for more than 10 years. Her book "Expecting Money: The Essential Financial Plan for New and Growing Families" was first released in 2008, and the 2017 edition is out now.

How to Track Your VantageScore

The FICO Scores You Didn’t Know About

How to Check FICO® Score (Beware of “Free” Credit Scores)