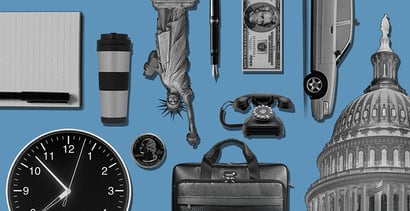 Over the past decade, there’s been quite a lot of talk about consumers’ stagnating wages — not only because the average American citizen’s income hasn’t changed much in recent history, but because we’ve become 80 more productive over the past 40 years.

This productivity comes from hard-working men and women who devote a majority of their waking hours to their jobs, oftentimes juggling workplace obligations and raising a family.

Using data from the U.S. Census Bureau and Bureau of Labor Statistics, we analyzed cities based on four factors: the percentage of the population over age 16 in the workforce, the percentage of households with their own children under 18, average commute times and the average number of hours worked each week.

These 20 cities represent some of the busiest, hardest-working and most workaholic populations in the United States.

Named for the French general who fought for the United States during the Revolutionary War, Lafayette, Louisiana sits on the banks of the Vermilion River and employs about 154,000 people in the area. Its French and Acadian (the precursor to the term “Cajun”) roots can be seen in the town’s history, culture and architecture.

Minneapolis, Minnesota ranks as the #2 largest economic hub in the midwest after Chicago. Along with its neighbor and state capital St. Paul, the “Twin Cities” have a metropolitan GDP roughly equivalent to Peru’s (around $200 billion).

Roughly 900,000 people make a living in the city of Indianapolis, Indiana. The folks there have such a strong work ethic, Forbes named the city one of the best places for business and careers in 2014.

The birthplace of grunge and Jimi Hendrix is also home to some of the busiest people in the United States. Perhaps the Emerald City’s vibrant coffee culture is what keeps everyone working around the clock.

Chicago, Illinois is already known for so many things: its innovative architecture, groundbreaking jazz scene, prestigious improv comedy pedigree, importance as a regional transportation and infrastructure hub — and now as home to some of the hardest-working people in the U.S.

Salt Lake City, Utah was built on the backs of steel, mining and railroad workers, but the city has since become a hub for information technology, business services, transportation and tourism. It’s Public Safety Building is also one of the largest and most eco-friendly buildings in the U.S.

Hinesville, Georgia only has a population of roughly 33,000, but it is home to Fort Stewart which, at 280,000 acres, makes it the largest Army installation east of the Mississippi River. Outside the fort, a majority of the civilians find work in offices, schools and the local hospitality industry.

Not to be confused with the Floridian city of the same name, Jacksonville, North Carolina was ranked the #5 fastest-growing small city in the U.S. by Forbes, which makes perfect sense considering how hard these people work.

Raleigh, North Carolina is part of what’s known as the “Research Triangle,” a geographical region in North Carolina shared with Durham and Chapel Hill. The city was also named the best place to live in America by Bloomberg (then Businessweek).

Denver, Colorado wouldn’t exist today if it weren’t for the hard work of its citizens — back in the 1860s, local Denverites raised $300,000 (more than $5 million in 2015 dollars) to connect the Mile-High City to the nation’s first transcontinental railroad, ensuring growth and prosperity for years to come.

Although Odessa, Texas got its start as a pit-stop for the cattle shipping industry in the 1880s, its population and size exploded after companies began drilling for oil nearby in the late 1920s and early ’30s. Halliburton, Walmart and the local school district are some of Odessa’s biggest employers.

Charlotte, North Carolina is one of the biggest financial centers in the United States, the global headquarters of Bank of America and the center of Wells Fargo’s East Coast operations. Fun fact: the local NBA team, the Hornets, gets its name from British General Cornwallis who, during the Revolutionary War, said the city was “a hornet’s nest of rebellion.”

Atlanta, Georgia is arguably one of the most important cities in the Southern United States economically, historically and culturally. Over its more than 160-year history, Atlanta has survived Sherman’s March to the Sea, cultivated the Civil Rights movement and hosting the 1996 Summer Olympics — and it’s still going strong.

San Jose, California began rapidly expanding when World War II veterans returned home from fighting overseas. Today it’s known for having one of the highest concentrations of tech companies in the U.S. with names like Adobe, Cisco, eBay, Hewlett-Packard, IBM and Samsung employing thousands of locals.

Greeley might not be the biggest or most well-known city in Colorado, but few other places in America work as hard as its citizens. Food-processing company JBS Swift & Co., the North Colorado Medical Center and Dutch wind-turbine producer Vestas are the city’s three biggest employers.

If you’ve eaten any chicken recently, there’s a good chance it came from Gainesville, Georgia. As the self-proclaimed “Poultry Capital of the World,” six of out 10 of the city’s biggest employers are in the poultry industry, producing upward of $1 billion in poultry products a year.

Ausitinites are so busy at work in the biomedical, music and tech industries that they have little time for anything else, including crime — Austin was ranked the second safest major city in the U.S. back in 2012.

We know what you’re thinking — how can Washington, D.C. be one of the hardest-working cities in the nation? Regardless of how little Congress works, there’s an entire city supporting the rest of the nation’s vital government institutions and agencies, ensuring things run smoothly when politics don’t.

Houston, Texas is truly a colossal city — with more than two million residents living on roughly 600 square miles, there’s plenty to see and do in the Space City. The combination of the local energy industry along with its prime location on the Gulf of Mexico drives much of Houston’s economic success.

Dallas, and its neighbor Fort Worth, exemplify what Texas is all about: a bustling economy, a vibrant sports culture, incredibly hard-working families and some of the best barbecue you’ll ever eat in your life. Congrats to the folks of Dallas for earning the #1 spot on this list!

If you’re having trouble making ends meet, a personal loan may be a helpful temporary solution until you can get back on your feet.

The data used in this study was collected from the U.S. Census Bureau’s American Community Survey (1-year estimates, 2013) and the Bureau of Labor Statistics (average hours worked each week in December, 2014).

Cities were ranked 1-351 in each data point relative to one other, with a rank of 1 implying the “hardest-working” city. The list presented here represents the 20 cities with the highest cumulative rank among all four categories.