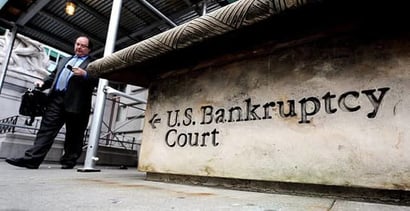 In a nutshell: When bankruptcy exemption levels increase, the wealthy tend to invest less in risky unsecured assets, according to a new study from the University of Warwick Department of Economics.

The United States has some of the most generous bankruptcy laws in the world, offering consumer considerable protection against the consequences of negative wealth shocks in markets, such as those resulting from high medical expenses or low income.

The possibility to discharge most unsecured debt and keep future income and certain assets after filing for Chapter 7 acts as an implicit insurance.

However, according to the new study “Does Bankruptcy Protection Affect Risk-Taking in Household Portfolios?” by University of Warwick Ph.D. Candidate in Economics Mariela Dal Borgo, wealthier households tend to reduce their investments in risky assets when such insurance becomes more lenient.

No need for risky unsecured assets

When it comes to chapter 7 bankruptcies, the U.S. code is rife with exemptions for several types of assets, which may include things such as bank deposits, IRAs, vehicles and — the more significant for most households — home equity.

On the other hand, things such as stocks, mutual funds and investment trusts are generally unsecured and usually fair game for creditors in the bankruptcy process.

Dal Borgo drew upon data from the Panel Study of Income Dynamics on household’ stock market participation between 1999 and 2009.

“Insurance from bankruptcy does not encourage, but actually discourages, participation in stock markets among richer households.”

“My findings indicate that when bankruptcy becomes more generous, in the sense that the home equity protection increases, households respond by reducing investment in assets which are unprotected,” Dal Borgo said. “In particular, they reduce stock market participation, but also invest less in other assets that can be lost in bankruptcy such as safe liquid assets.”

For the whole sample, she found doubling the amount of home equity protected during bankruptcy reduces stock ownership by two percentage points (for levels between $22,000 and $90,000). This effect is stronger among high-asset, high-income homes because they’re the most likely to participate in the stock market.

“Insurance from bankruptcy does not encourage, but actually discourages, participation in stock markets among richer households,” she writes.

Can creditors’ response to enhanced bankruptcy protections explain these findings?

But a lower willing to hold unprotected assets may not be the only possible mechanism explaining the decline in stock market participation. Alternatively, worse credit market conditions resulting from a more lenient bankruptcy system can lead to a reduction in household stockholdings.

“Higher protection reduces the collateral value of assets because only assets above the exemption level can be seized,” Dal Borgo writes. “Thus, when the protection increases, lenders will increase the cost of borrowing and/or reduce the availability of credit.”

When bankruptcy protection levels increase, that means creditors will have a harder time recouping debts during bankruptcy. They respond by charging higher rates and/or imposing credit rationing.

In turn, higher interest rates on secured debt imply a lower expected return from each dollar invested in stocks, and the lack of bank financing may need to be compensated by liquidating stocks.

However, while this might not affect wealthier households, the effects are worst for the larger group of low-income consumers.

Thus, this channel does not seem a plausible explanation for the decline in stock holdings.

“These effects are observed mainly among low-income households, the ones more likely to default when the bankruptcy protection increases,” Dal Borgo said.

In contrast, the effect on the stock market is restricted to high-income households.

What are these households doing with their money instead?

If households are investing less in stocks, “one might wonder where is this money invested,” Dal Borgo said. “My findings are not conclusive in this respect.”

In contrast to previous studies, she did not find they are investing more in home equity, and instead they may be investing more on retirement assets, which are the 2005 reform are also protected from bankruptcy.

“It is also possible that at least part of the decline in stock market participation translate into an increase in consumption, given that those assets are going to be lost in bankruptcy anyway,” she writes.

For more, you can read Dal Borgo’s paper here.