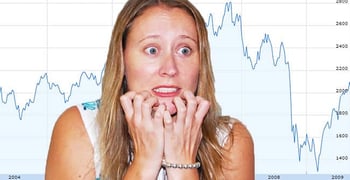 The financial crisis and subsequent Great Recession of 2008 appears to shaping the long-term savings strategies of the nation’s youngest Americans, according to the 2014 Wells Fargo Millennial Study.

Looking at a group of more than 1,600 men and women between the ages of 22 and 33, the study discovered a surprisingly conservative financial outlook in millennials:

Although more millennials appear to be saving, 42 percent say student loans and credit card debt are their biggest financial concerns.

The study also shows a gap between both the earnings and savings rates of millennial men and women, with the median income of male households at $77,000 versus $56,000 for women.

This is likely a major reason why 61 percent of men and 50 percent of women report actively saving.

The study broke down the saving habits of millennials who have already started saving into the following pie chart:

Other findings of the study include:

So what did millennials and baby boomers learn from the recession?

According to Karen Wimbish, director of retail retirement at Wells Fargo, “The silver lining of the recession is that a majority of millennials understand saving is a necessity and even equate it with ‘surviving’ tough times.”