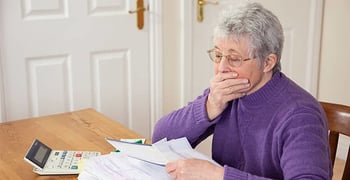 According to a new report from the National Center for Policy Analysis, Americans aged 65 and older are carrying far more debt than they were just a few decades ago.

For seniors over the age of 75, the amount has increased from 6 percent to 21 percent in the same period.

In addition, the portion of seniors’ overall expenses going toward mortgage payments and home equity debt payments has risen from 2.7 percent to 4.3 percent in just the past two decades.

“The number of seniors with a mortgage

The list of reasons for this dramatic increase is long and could include things such as rising health care costs, the recent economic downturn and even changing tax laws.

Whatever the reason, the trend is toward more debt and more spending by the rapidly aging boomer population.