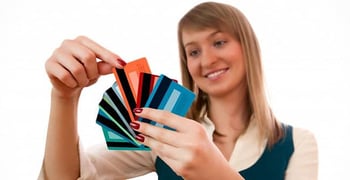 Credit card debt is becoming an increasingly large problem for young Americans. According to a recent study out of Ohio State, the current generation of youths is taking on more debt and taking longer to pay it off than past generations.

This study looked at the financial situation of Americans born between 1980 and 1984 and compared their credit card debt to past generations. The situation looks pretty dire for the current group.

“Young Americans have accumulated about $5,500

The professors handling the study thought the youths were taking on more debt because of a desire to build credit history as soon as possible.

While this logic makes sense, it often backfires. Many young Americans can’t handle the financial responsibility of a credit card and get into financial trouble.

While a credit card can build credit, it’s not the only option. The researchers suggested  young Americans consider building credit just by regularly paying off their bills and save the credit card for later on.

Considering this viewpoint and the increased availability of credit cards, the researchers believe this trend will continue and future generations will get even more in credit card debt.