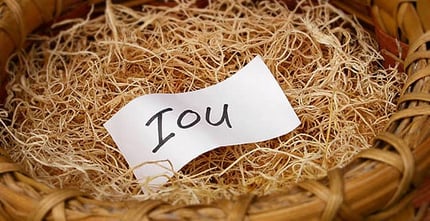 Many Americans are still in a tough spot financially. According to a recent survey, about one in four Americans has more credit card debt than savings.

More than a thousand adults around the country were asked which was greater: their current credit card debt or the amount of money they had in savings.

had more debt than savings.”

Greg McBride, a financial analyst from Bankrate.com, believes the bad economy has contributed to these problems. Since many workers are struggling to find jobs and wages are stagnant, they are having trouble paying off debt.

The good news is these results are about the same as surveys from 2011 and 2012. American debt problems aren’t getting worse.

McBride isn’t sure whether the situation will improve once the economy gets stronger. He worries as workers get more money, they might just spend more rather than paying down their debt.