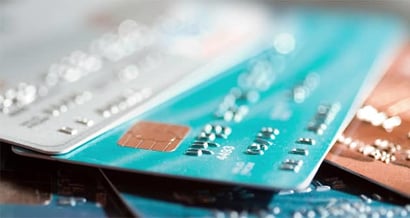 After graduating from the University of Florida with under $6,500 in student loans, Logan joined BadCredit.org as an editorial assistant. He has written for newspapers and websites from Florida to Australia.

You’ve been reading BadCredit.org all year, working on paying off your debt as our how-to guides help you achieve financial freedom. Great job! Unfortunately not every American consumer is doing the same.

A new study of 2015 consumer trends has projected U.S. credit card debt to increase about $55.8 billion by the end of the year.

The study, done by CardHub and based on the Federal Reserve’s preliminary G.19 consumer credit report, notes that Americans paid $34.7 billion toward card debt in the first quarter of 2015, a 7 percent increase from the first quarter of both 2013 and 2014. CardHub attributed a number of factors as reasons debt payments did so well at the start of 2015: Annual bonuses, New Year’s resolutions and tax refunds were included, but the main reason was there was simply more debt to pay off in 2014 than there had been in previous years.

How Does Credit Card Debt Increase So Much?

The other three quarters of the year is where debt strikes back.

The problem with credit card debt is that it can pile up until it’s gargantuan.

Card balances skyrocketed in April, according to the G.19 report. Revolving debt, which includes credit cards, hit $899.5 billion after hovering at or around $890 billion since the fourth quarter of 2014.

But card debt wasn’t the only debt to soar in April. Total consumer debt, comprised of car loans, student loans and revolving debt, rose $20.6 billion during the month. The increase brought the complete amount of total debt to $3.384 trillion.

Second-quarter spending in April, May and June is only the start of debt issues for most Americans.

But such spending is only the tip of the debt iceberg. The second quarter of each year since 2009 has been second only to the fourth quarter and its holiday season in terms of debt accrual.

There is one shining spot, though: Card defaults declined by more than $350 million compared to the first quarter of 2014. The first quarter default rate hasn’t been this low since 1995.

Logan Ladnyk
After graduating from the University of Florida with under $6,500 in student loans, Logan joined BadCredit.org as an editorial assistant. He has written for newspapers and websites from Florida to Australia.