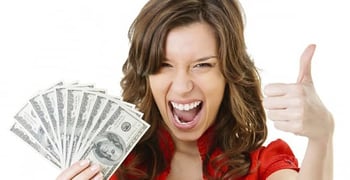 If you want to be happier in 2014, you may want to start putting more money in your savings account.

For this survey, Ally Bank representatives asked Americans about their saving habits and their happiness.

People with $100,000 or more saved up made up the majority of respondents who said they were very happy. This makes sense, as more money leads to more financial security.

However, what was surprising from this survey was earning more didn’t seem to help as much as saving more.

Next time you’re thinking of splurging on that new outfit or vacation, consider holding off and putting the money in the bank instead. The future you will be happy you did.