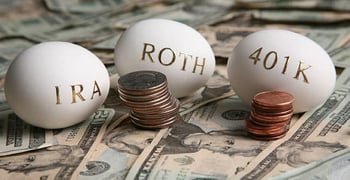 In a study just released by the National Institute on Retirement Security (NIRS), more than 90 percent of working-age households in the U.S. are not saving enough for retirement.

And if that is not enough to worry us, nearly 50 percent of households have no retirement savings at all.

Furthermore, the median retirement savings of households nearing retirement is just $12,000, according to data provided by the U.S. Federal Reserve.

In addition, workers can expect to work much longer than they may have otherwise expected to.

According to NIRS research manager Nari Rhee, “The gap is so large that families will not be able to fill it alone,” she said. “They will need help from policymakers.”

However, there are critics of the NIRS study, notably Andrew Biggs, a scholar with the American Enterprise Institute and former deputy commissioner of the Social Security Administration.

According to Biggs, the shortfall is closer to 26 percent of households. He went on to say the median shortfall savings amount is $32,000.

However, the NIRS study shows if data on low- and middle-income workers who do not have access to company-provided retirement or 401(k) plans are included, “the magnitude of this crisis is far worse than many realize.”

The retirement account balances the study identified show 64 percent of those nearing retirement age (55 to 64 years old) are less than one times their annual income. This is far short of the seven to 10 times that is recommended by most retirement and financial advisers.

Based on this latest data, it is crucial that Americans begin saving more and taking advantage of any retirement savings plan available through their employer.

Social Security benefits may or may not be around to help, so we all have to treat them like they will not be. Begin saving now, and treat retirement savings as the critical issue that it is.

How to Save for Retirement When You Have Bad Credit

9 Excuses People Use to Avoid Saving for Retirement