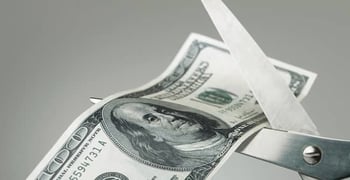 With key U.S. interest rates still at historic lows of around .25 percent, banks are finding it tough to make any money these days.

On top of that, the U.S. Federal Reserve Board (Fed) is at least considering a further cut in the interest paid on bank reserves.

This news was released from one of the Fed’s latest meeting.

However, at least two of the five biggest banks said any cut in miniscule interest they get from deposits would result in them losing money.

One executive was quoted as saying a cut in rates “would turn it into negative revenue, and banks would be disincentivized to take deposits and would consider charging for them.”

“A zero interest rate would

cause banks to lose money.”

Therefore, a zero interest rate would cause banks to lose money by taking in deposits.

An incentive for the Federal Reserve to cut rates would be to reduce the amount it has to pay banks, both U.S.-based and foreign. Doing so would save billions in costs to the national debt.

On the other hand, it could disrupt the money market system by removing capital that would be essentially earning zero interest.

A compromise might be found in a program that allows banks and money market funds to earn a small positive rate on funds deposited, even with federal fund rates at zero.

This solution would help banks avoid having to charge depositors.

Banks Offering Free Checking Has Declined from 65% to 38%