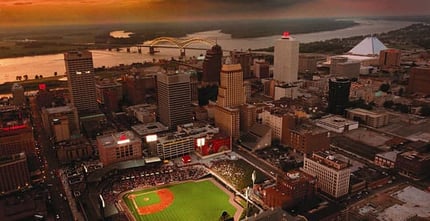 TransUnion, one of the big three credit reporting agencies, recently revealed their ranking of the U.S. metropolitan areas with the highest and lowest consumer credit scores.

According to the study, the metropolitan area with the highest average score was found to be San Jose, Calif., at 700, followed closely by San Francisco at 696.

Rounding out the top 10 was:

“The metropolitan area with the highest

At the other end, the bottom 10 metro areas for average credit scores in this study was led by Memphis, Tenn., at 638, which barely lost to McAllen, Texas at 639.

The others areas, listed from the bottom up are:

The study used the relatively new VantageScore credit scoring system rather than FICO scores to figure the areas with the highest and lowest rankings. VantageScore uses a scale from 501 to 990 and also assigns a letter grade to each range.

According to Heather Battison, senior director at TransUnion, “Just as an individual’s credit score is a measure of the risk that consumer presents to a lender, our study calculated the credit score that would correspond to the risk presented on average by residents of various metropolitan areas.”

This is the first time TransUnion has conducted a study of this type, and the company says it hopes this will lead to increased consumer awareness of the credit scoring system.

The Consequences of Using Social Network Data for Credit Scores

Study: How Much Will Paying Off Credit Cards Improve Score?