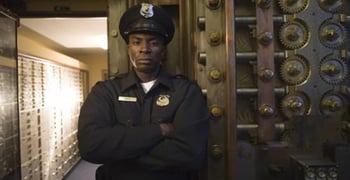 In their 9th annual Credit Card Issuers Identity Scorecard, Javelin Research has named Bank of America as “Best in Class” for security.

Javelin assessed 24 financial institutions in their study. For the seventh year in a row, Bank of America has come out on top.

The Javelin study looks at what each financial institution is doing to protect its customers against credit card fraud and assesses each company’s security features.

Bank of America had an overall score of 70 percent, while the average was 55 percent among all institutions. Other top rankings included USAA for “Best in Prevention,” while Associated Bank and SunTrust tied for “Best in Detection.”

“Bank of America had an

Of those card issuers at the other end of the spectrum, Nordstrom scored the lowest overall at just 18 percent. Target Stores was second lowest at 22 percent, and sporting goods retailer Cabelas came in third worst with a score of 29 percent.

Javelin Research points out that credit card fraud is a growing problem and identifying those companies that do better at protecting their customers is meant to encourage better standards.