Should You Get Retail Credit? 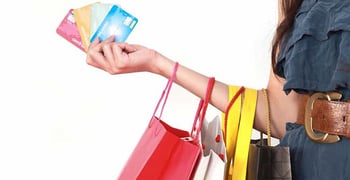 By: Stefanie O'Connell
Experts share their tips and advice on BadCredit.org, with the goal of helping subprime consumers. Our articles follow strict editorial guidelines.

You’re checking out at Express and the cashier asks, “Would you like to save 20 percent off today’s purchase?” Of course, I would!  Who wouldn’t?

Then she hands over a whole bunch of paperwork you need to fill out before claiming your discount – STOP!  That’s not some membership card or club you’re signing up for with “no strings attached” perks. That’s a full on credit card.

Unfortunately, I made this mistake twice in my early 20s before realizing the implications of retail cards. The initial offer combined with making that split-second decision at checkout suckered me in.

But it’s not all bad news. When used properly, retail cards can actually provide some great benefits, such as special discounts and promotions.

Before cashing in on the perks, it’s important to carefully consider everything else that accompanies a shiny new retail credit card.

Retail cards generally have low credit limits around $1,000. Be sure to keep your statement balances low so you don’t throw your debt-to-credit ratio, which makes up 30 percent of your credit score, out of whack.

“Use your card for purchases

you were planning to make.”

In addition to low credit limits, retail cards generally carry high interest rates, usually around 20 percent. If you fail to pay off your total balance in a timely fashion, you’ll get stuck with that 20 percent interest rate, negating the entire initial sign-up discount.

If retail shopping is already a strain on your budget, having another line of credit to feed the habit may not be a great idea. Just because you receive a discount by using your store credit card doesn’t mean you should spend money you don’t have.

Stick to your normal spending patterns and use your card for purchases you were planning to make anyway.

How to Avoid Getting Into Debt Again

How Spending Can Actually Help Your Credit Score

The Latte Factor: It’s Not Just the Coffee