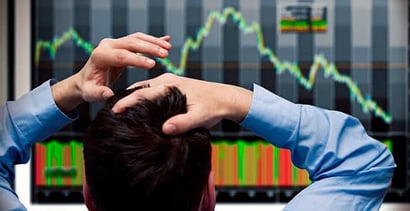 In a nutshell: A combination of overconfidence, selective memory and high liquidity explains why financial crises often follow periods of overabundant lending, according to a new study from Washington University in St. Louis.

The Great Recession is still fresh in the minds of millions of Americans. If you have bad credit today, there’s a good chance the subprime mortgage crisis contributed to your predicament.

But how could a lending crisis blindside the global economy during a time of seemingly excellent economic growth?

We spoke with Thakor to discover what conditions and events may lead to the next crisis, and what average consumers can do to prepare themselves.

1.2 million households were lost during the recession, according to a study from the Mortgage Bankers Association.

Because banks charge subprime borrowers higher interest rates, investors saw an opportunity to invest in mortgage-backed securities (MBS) and collateralized debt obligations (CDOs), hoping to turn a profit off the millions of new homeowners who were quickly popping up around the nation. MBS and CDOs were derivative products created by securitizing pools of mortgages

“In the subprime crisis, we had institutions with very low capital ratios (especially in the lightly-regulated shadow banking sector that consisted of a vast array of non-depository institutions that relied on short-term market finance) that were making highly risky investments in subprime MBS and CDOs,” Thakor said.

But when these subprime borrowers (who in 2006 constituted roughly one in five of all mortgage originations) began defaulting on their obligations, the housing industry tanked and banks began hemorrhaging money.

The federal government intervened by spending $700 billion to bail out certain financial institutions and another $787 billion as part of a stimulus package to revitalize the economy.

Younger consumers may not be familiar with the Savings and Loan Crisis of the ’80s and ’90s. During this period, savings and loan associations (S&Ls) were funding long-term fixed-rate loans with savings deposits that matured quickly and had variable rates.

When depositors found they could earn more money through money market accounts as opposed to the S&Ls (which had capped rates due to federal regulation), the S&Ls began taking on riskier investments like commercial real estate lending and junk bonds.

Ultimately the situation reached its climax in the mid ’90s when, after roughly one-third of all S&Ls closed, the federal government stepped in with $105.1 billion to resolve the situation. Despite this, the affair ended up costing taxpayers roughly $124 billion.

Despite operating in an industry built upon precise calculations and economic formulas, the tendency for bankers and investors to drive markets to crisis stems from a behavioral phenomenon known as the “availability heuristic,” Thakor writes.

“That is, people often assess the probability of an event by the ease with which past occurrences can be remembered,” Thakor said. “Some future events are perceived to be so unique that past history is deemed irrelevant in evaluating the likelihood of their occurrence.”

“Good outcomes therefore lead to an excessive upward revision in beliefs about bankers’ skills … This causes banks and investors to underestimate the true risk in high-risk products.”

In other words, people tend to gain increasing confidence in the banking system as time progresses, things continue to go well and the memory of the last crisis slowly fades from their minds. This becomes especially dangerous as market conditions improve following the most recent crisis.

“Good outcomes therefore lead to an excessive upward revision in beliefs about bankers’ skills,” he writes. “This causes banks and investors to underestimate the true risk in high-risk products, so additional institutions rush in to invest in them.”

As these new players begin investing their money in the market, the increased availability of potential buyers for these assets creates a liquid market for higher-risk products.

“Eventually there is a non-zero probability with which investors learn about the true risk in the high-risk products, causing liquidity to dry up and a crisis to commence,” Thakor said.

What are some signs of an impending financial crisis?

Thakor identified several events that could mean a financial collapse is on its way:

“The model is not about identifying the exact timing of the next crisis, but the pre-crisis conditions it identifies match what we had in the last crisis and previous ones,” Thakor said.

What can consumers do to protect themselves?

The model predicts that financial crises like these are cyclical, typically follow economic booms and have slow post-crisis recoveries.

As such, individual consumers would be wise to maintain regular contributions to their savings account and have a rainy day fund that could cover living expenses for a year in the event of a market collapse.

“Don’t be a trend chaser in the market,” Thakor said. “The longer a bull run goes on, the more you should be concerned about a crash.”

For more details on Thakor’s model, refer to his paper here.