Mortgage Lenders with Bad Credit Insolvencies Coming to an End 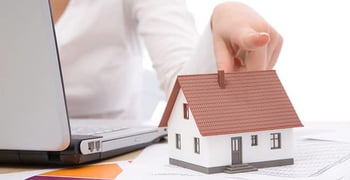 It’s no secret the recent “great recession” was largely caused at the hands of mortgage lenders with all-too-lenient credit requirements.

A recent study called “The Mortgage Credit Crisis” evaluated the credit risk of the largest mortgage lenders in the US. Each of the 163 financial institutions was evaluated on six different criteria.

Each institution was given a score evaluating their risk of failure. Scores ranged from 465 (Bank of America, who scored the lowest risk) to 2,704 (South Star Funding, LLC).

The report shows the institutions with the highest risk (scoring about 1,750) have failed themselves right out of the market, with all of them already bankrupt, sold, closed or partially

“Institutions with the highest risk have

failed themselves right out of the market.”

Companies scoring between the range of 1,000 to 1,300 are also struggling but largely at the hands of the current financial panic.

Investors are still ignoring private mortgage-backed securities despite the fact the worst culprits are already out of business.

Each institution was rated on the following criteria: