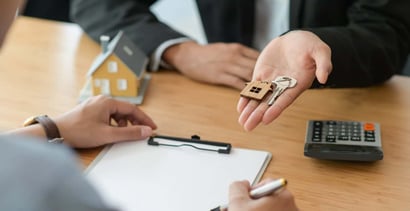 Ashley has managed content initiatives for BadCredit since 2015, having worked closely with the world’s largest banks and financial institutions, as well as press and news outlets, to publish comprehensive content. Her credit card commentary is featured on national media outlets, including CNBC, MarketWatch, Investopedia, and Reader's Digest.

See full bio »
Our popular “How-To” series is for those who seek to improve their subprime credit rating. Our articles follow strict editorial guidelines.

In January 2020, FICO, the company that invented credit scoring and my former employer, announced the latest generation of its ubiquitous credit scoring systems. The scoring system is formally called the FICO Score 10 Suite, which is a fancy way of saying FICO built a bunch of new scores that are all under the FICO 10 moniker.

FICO’s new scores became commercially available in December 2020. But in 2022, the Federal Housing Finance Agency, or FHA, announced it had validated FICO 10T and VantageScore 4 for use by Fannie Mae and Freddie Mac.

In practical terms, this means that within the next two years, most mortgage loans underwritten in the United States are going to involve your lender or mortgage broker pulling your FICO 10T and VantageScore 4 credit scores from at least two of the credit bureaus.

This is a really big deal because, for the better part of the last two decades, mortgage loans were underwritten with much older FICO scoring models — FICO 2 from Experian, FICO 4 from TransUnion, and FICO 5 from Equifax.

This is not meant to be a criticism of either FICO or any of the credit reporting agencies. The FHFA sets the rules as to which FICO score versions can be used by Fannie Mae and Freddie Mac. And its rules indicated that those older scores had to be used.

So, while most other lenders have long since moved on to newer FICO scores, the mortgage industry has lagged behind.

What the “T” Means

The “T” in FICO 10T is something you need to pay attention to. The T stands for Trended, as in trended data.

Before trended data, you could only calculate revolving utilization based on your most recent statement balances because that’s what was reported to the credit bureaus.

This ability to look back in time at your balance-to-credit-limit ratios allowed credit score developers to use new metrics in their credit scoring models. Trended data is very predictive – there is a strong correlation between your historical credit card utilization ratios and your credit risk. That’s why it made its way into the newest FICO and VantageScore credit scoring models.

FICO 10T and VantageScore 4 both consider trended data, while no other prior version of either credit scoring model does.

Why Should I Care?

And despite all the noise about alternative data sources being used by lenders, one thing is clear: Your FICO credit scores and the quality of your Equifax, Experian, and TransUnion credit reports are still the most important tools used by lenders when determining whether they’re interested in doing business with you and under what terms.

There’s another reason you should care about FICO 10T and VantageScore 4 which relates to your credit card debt payoff strategy. For decades, personal finance advisors and credit experts have counseled consumers to begin paying down their credit card debt before they apply for mortgages, credit cards, and other loans. That advice is still sound, but now the runway must get longer.

Many of the metrics in these new scoring systems are going to be driven by how you’ve managed credit card debt over time rather than just how you managed it last month. And “over time” can go as far back as 24 months. That means if you want to guarantee yourself the highest possible credit scores, you need to get your credit card debt under control as much as two years prior to applying for credit, especially a mortgage.

The good news is FHFA has made it clear it’s going to take a couple of years to swap in these new scoring models. If you’re going to apply for a mortgage loan in the next 24 months or so, you should start paying off your credit card debt now. If you’ve already paid them off, maintain a record of paying in full each month.

Of course, this is smart credit card advice irrespective of FICO 10T and VantageScore 4. Less credit card debt means you pay less interest, which means more money in your pocket every month.

The average interest rate on a credit card is around 18%, which makes carrying credit card debt very expensive. The sooner you can get it paid down and then pay it off every month, the sooner you’ll establish a much more impressive 24-month history of trended data, which FICO 10T and VantageScore 4 are going to love almost as much as your wallet will.

Does This Matter Outside of Mortgages?

While the FHFA’s change in credit score policy is specific to the mortgage industry, these newer scoring systems are definitely going to make their way into other consumer lending. That means credit cards.

Because these trended metrics are all about credit card management, they’re absolutely going to be used by credit card issuers if they aren’t already.

Remember, the only reason legacy FICO scores are used for mortgages today is because of the FHFA mandate. No such mandate exists outside of mortgage lending. It doesn’t exist in auto lending, credit cards, personal loans, or any other form of lending.

What that means is lenders can pick and choose whatever scoring models they like for anything other than mortgages. And FICO 10T has been around since December 2020, so lenders have had plenty of time to kick the tires.

What Should I Do?

Step one is don’t panic. If you’re interested in buying a house, then go for it. Don’t worry about scores that won’t be used until sometime in 2024 at the earliest. But they’re coming, and unless you’ve bought your last house, they’re going to become meaningful to your bottom line.
Get your arms wrapped around your credit card balances sooner rather than later. It may take you years to pay off your credit card debt. And while that’s going to be expensive, once you get it done, it’s like shedding dead weight. Your finances will be in much better

6 Low & No Down Payment Mortgage Loans

What Credit Score is Needed to Buy a House?

How Much Mortgage Can I Qualify For?