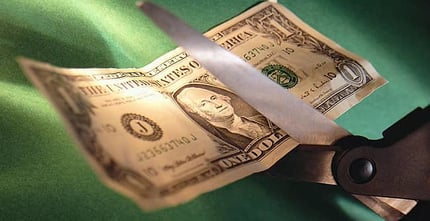 The American government recently launched a series of new credit card regulations with the idea of protecting consumers and reducing overall fees.

A new study by the University of Chicago Coase-Sandor Institute suggests these new rules may actually be costing each American household roughly $200 in lost benefits.

The new credit card regulations launched in 2010 as part of the Dodd-Frank Wall Street Reform and Consumer Protection Act.

These rules put a limit on how much credit card companies could charge as fees on transactions.

“These rules may be costing each

In reality, it does not look like things worked out so well. Merchants do not appear to have lowered prices to make up for any savings in credit card fees.

At the same time, banks have started cutting the benefits for rewards credit cards, tightening lending standards for new credit cards and ending other bonuses like free debit cards.

Lenders have also started promoting prepaid debit cards instead because these cards avoid the new credit regulations. However, they are worse for consumers because they typically charge even higher fees than regular credit cards.

Because of all these new problems, the researchers at the University of Chicago believe the new credit card regulations are costing each American household $200 a year.

Government officials should keep this study in mind as it shows new regulations can sometimes lead to surprising and unpleasant results.