9 Finance Journalists You Can Bank On 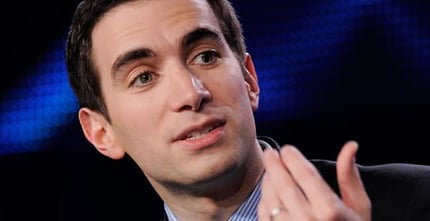 You don’t have to go very far to find someone with an opinion on what’s going on in the world of business and finance.

However, finding someone with an educated opinion is the real trick. We’ve saved you the trouble — these are our top picks for the best finance journalists out there.

Bragging rights: nominated for an Emmy

After graduating from Columbia University, Regan worked at Goldman Sachs. She transitioned from finances into financial journalism while working at CBS, NBC and CNBC. She now works as Bloomberg Television’s host for “Street Smart,” which airs daily. The Houston Chronicle named her one of 10 women in broadcast news to watch – we agree!

Not only does Eisinger cover Wall Street and finance for ProPublica, but he also writes a regular column for the Dealbook section of The New York Times. He has had many major accomplishments, including predicting the fall of the Lehman Brothers and Bear Stearns, as well as having a big part in exposing Lernout & Hauspie’s fraud.

Bragging rights: finalist on Season 4 of “The Apprentice”

Jarvis attended the University of Chicago, where she studied economics and law. She worked in financial services before pursuing a career in journalism. She has worked for CNBC, CBS News and now ABC. When starting at her current post, Ben Sherwood, ABC’s President, said Jarvis would “contribute immensely across every program and platform.”

Bragging rights: one of the 25 most feared financial reporters by HuffPo

Investigative reporting is the name of the game for Roderick “Roddy” Boyd. He has worked for Fortune, The New York Sun and The New York Post. He also founded The Financial Investigator, as well as wrote “Fatal Risk,” a book about how AIG almost collapsed. His Twitter proclaims he does this “financial muckraking for the public interest,” and we thank him for it.

Fun Fact: is a huge fan of musician Mark Knopfler

Bragging rights: MarketWatch’s “12 Broadcasters Who Are Making a Difference”

A New Yorker by birth, Gasparino has stayed in-state while working at several major news publications. These include Newsweek, The Wall Street Journal and CNBC. Now appearing on FOX’s “The Cost of Freedom,” he also regularly contributes to Forbes and The Huffington Post while also writing several books on the side. The Daily Beast awarded him a spot on their “Top 15 Economic and Business Commentators” list.

Fun Fact: used to be an amateur boxer

Bragging rights: won the Pulitzer Prize for Beat Reporting in 2002

Bragging rights: contributed to or wrote around 2,000 articles for The New York Times

Andrew began working at The New York Times as a student intern when he was still in high school. After graduating from Cornell, he began working there full time and is currently their assistant editor of business and finance news. A Gerald Loeb award winner, he also cohosts CNBC’s “Squawk Box” and wrote the book “Too Big to Fail” about the Wall Street banking crisis.

Bragging rights: named one of Forbes’ 30 Under 30 for Media

Segall works in New York, where she covers all things innovation and entrepreneurship for CNNMoney. She uses technology to cover breaking news, such as her reconstructing the deleted Instagram account of suspect Dzhokhar Tsarnaev after the Boston Bombing. Mashable said she was one of “seven top journalists to subscribe to Facebook” – we’ll nod to that!

Bragging rights: has gotten more than one billion views

Chuck Palahniuk may have invented Tyler Durden, but the editors at Zero Hedge use his character as a pseudonym to report on economics and finances. Durden and the Zero Hedge crew are credited with exposing Goldman Sach’s flash trading scandal in 2009. Bill Gross, head of PIMCO, has said Tyler is one of his favorite strategists – ours, too.

Fun Fact: is somewhere between four and 40 editors

10 Vloggers to Help You Perfect Your Finances