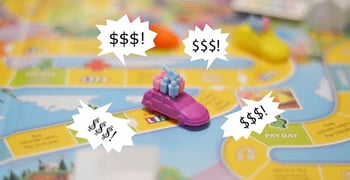 Talking to aging parents about money, retirement and estate planning is a challenge for even the most open families.

In their latest Intra-Family Generational Finance Study, Fidelity Investments found aging parents and their adult children are often at odds over when and how to discuss finances.

While parents and their adult children agree discussions need to take place, a majority of them (64 percent) don’t agree on when that should happen.

Most parents want to wait until after retirement to begin talking about finances, while their adult children overwhelmingly want to begin those discussions earlier.

Other findings of the study include:

While the results of the study may not be surprising given the sensitivity of the subject, all agree the conversations are important to have.

Fidelity offers the following suggestions for getting the ball rolling:

A little understanding can go a long way toward improved and continuing conversations.

6 Ways to Protect Your Teens from Bad Credit

How to Start a Family When You Have Bad Credit