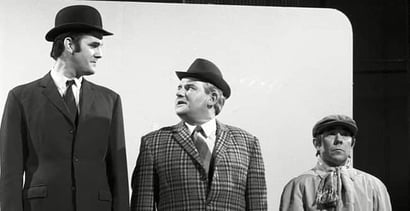 A recently published research paper by computer scientist Randy Olson suggests height may be determined by economic prosperity and people in underdeveloped countries are shorter due to income inequality.

The study looked at men and women in the Netherlands over the past 150 years and found some alarming correlations.

In the middle part of the 19th century, the Dutch were among the shortest in Europe. As the economic conditions in Holland improved, the country’s average height increased with it.

By the turn of the 20th century, the Dutch had caught up. By the mid-1950s, they had become among the tallest nations in the world.

This correlation between a country’s gross domestic product (a measure of national wealth) and the overall height of its citizens is a controversial but reproducible phenomenon.

On average, wealthy countries tend to have taller populations than poorer ones.

In the United States, an interesting twist on this wealth/height connection has been getting some attention in the past few years. For the 100 years prior to the 1960s, Americans were some of the tallest people in the world. Since that time, however, the increase in height of U.S. citizens has stagnated.

One potential explanation for this is the income inequality within our own nation.

A theory put forth by Burkhard Bilger in a New Yorker article suggests the wealth gap in the United States has created a stunting of growth among the poor in our country, offsetting any increase in height by the relatively well-off.

This theory has not been scientifically backed, but it is consistent with wealth/height correlations in other studies.

This is just something to think about as we continue the national discussion over the distribution of wealth in America.

If you’re looking to boost your income, a personal loan may give you the money you need to get start that small business you’ve always been thinking of.

Bad Credit Loans Necessary for Some Americans to Supplement Incomes