Should Banks Give Consumers Their Credit Scores for Free? 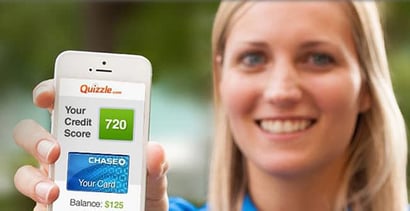 The head of the Consumer Financial Protection Bureau is on a mission to give American consumers access to free credit scores.

In the past, the only way to truly get a free credit score was to visit AnnualCreditReport.com once a year.

Some credit card issuers, such as Discover, are beginning to offer free credit scores to some of their cardholders. However, to otherwise access your credit score or report, you must pay up.

According to a report by CNBC, Richard Cordray, director of the CFPB, has declared all Americans should be able to access their scores at no cost to them.

A letter from Cordray to bank CEOs went public

In his letter, Cordray writes that most Americans don’t understand the importance of their credit reports until it’s too late, like after being denied credit or experiencing identity theft.

Many also don’t realize their credit can cause them to be denied a job or charged higher interest on loans. He cites a statistic from the CFPB that only one in five Americans even check their credit report each year.

“That makes consumers less capable of protecting themselves, less able to benefit by the opportunities that credit can create and ultimately less productive members of our economy,” he writes in the letter.

Cordray mentions some credit card issuers have begun offering credit scores for free to consumers, which “promise to expand dramatically the number of consumers who are more easily and more routinely acquainted with their credit information.”

He concedes that credit reports are only part of the picture, but offering them for free will increase awareness and result in more busy Americans taking the time to pay attention to their credit.

“If scores are lower than expected, more consumers may take the initiative to request their credit reports, address concerns, investigate errors or fraud-related entries and improve negative aspects of their credit usage,” Cordray writes.

“Were this to happen, it would

greatly shake up the credit industry.”

His letter ends with a request for these CEOs to offer free credit scores on online accounts and in credit card statements, as well as educational material, which he says is now considered a best practice in the industry.

What’s the incentive for banks to provide this? Cordray believes this easier access to credit information will result in fewer defaults and delinquencies.

But what is the reality of this happening?

It’s up for debate. CNBC interviewed John Ulzheimer, a credit expert at Credit Sesame, who said it’s a nice try, but credit card issuers may not go for it since it will increase their costs and put greater demand on customer service.

The American Bankers Association did not react positively to the letter, CNBC said, arguing this one idea shouldn’t be considered a best practice and imposed on everyone. Their spokesperson called it overreaching and micromanaging.

CNBC points out another potential problem: “Credit card issuers cannot just give away scores, which are generally governed by nondisclosure agreements. New agreements would have to be signed.”

Additionally there are different types of scores available from different companies, so with not all created equal, a standard would have to be established.

One thing is for sure, though. Were this to happen, it would greatly shake up the credit report industry, CNBC said.

7 Ways a Bad Credit Score Can Hurt You

How Important is Your Credit Score?

5 Things Dragging Down Your Credit Score

How Spending Can Actually Help Your Credit Score