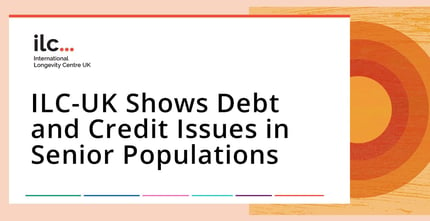 In a Nutshell: Medical science is solving many health-related problems, enabling people to live longer lives. However, that may require consumers to rethink long-held financial wisdom regarding saving, credit, and debt. The International Longevity Centre UK (ILC-UK) is a think-tank devoted to research and advocacy in all areas pertaining to longevity — including finance and wealth. Although individuals must consider these issues and proactively prepare for the future, the financial industry must also adjust to ensure everyone enjoys financial and physical health as they age.

In 2018, Stanford Professor Shripad Tuljapurkar used 50 years of lifespan data to analyze the average age of death in people in developed countries who lived to be over age 65. Tuljapurkar found that the average age of death for people living past 65 increased by three years in each 25-year period. Not only does that indicate that people are living longer, but the data showed no sign of a slowdown in this trend. Lifespans could continue to extend as time and medical technology progress.

The International Longevity Centre UK (ILC-UK) is a think tank that examines the impact of longevity on society — including health, finance, and wealth. Longer lifespans can have implications for credit and debt issues both now and later in life.

“We are focused a lot more on the implications of aging,” said David Sinclair, ILC-UK Director. “What does that mean for money, how we save, how we live our lives?”

Living longer is a good thing. However, some areas haven’t kept up with increasing life expectancy — which may lead to future problems.

“We need to recognize that there are a lot more of us who are older and sitting on quite a lot of money,” Sinclair said. “In places like the U.S., the UK, France, and Japan, people are actually underspending in old age. We have this puzzle where people spend less money than they have, on average.”

A significant part of ILC-UK’s work is engaging with governments to support spending, volunteerism, and extending participation in the workforce.

“Another big part of that is the world of finance and the world of money,” Sinclair said. “How do we make sure people make the right choices at the point at which they need retirement income?”

Debt Isn’t the Most Pressing Problem for Pensioners

When people think of retirement, old age, and fixed income, they may also think of financial austerity and problematic debt. However, ILC-UK’s research into secured and unsecured debt, mortgages, and credit cards found that debt isn’t a big issue for most older people in the UK.

“Older people are much less likely to find themselves in problematic debt,” Sinclair said. “And we don’t really know why. It might be a cohort effect, but people tend to have a more negative attitude toward credit and borrowing.”

The rationale behind that is fairly intuitive. When living on a fixed income, taking on debt is a significant burden, so older people often choose not to do so.

“Someone in their 30s or a student now might think, ‘I’ve got $50,000 worth of debt,’ and that doesn’t bother them,” Sinclair said. “In old age, even a $500 debt can be a huge burden in terms of quality of life. We know that people find that really stressful and difficult.”

Luckily, older people in the UK have some easily accessible solutions if they need credit or cash. One option is an equity release product, which frees up value accrued in a home and enables older people to make good use of assets when they find themselves in need.

“If you don’t have any family and they’re not going to inherit it, why not use it for what you need, particularly if it’s not allowing you to do what you want to do?” Sinclair said.

Equity release products are beneficial for older generations because they often had easier access to real estate when they were younger. As pensioners and retirees, they may have greater difficulty accessing credit products than do younger people.

“Older people in the UK, historically, have real significant problems accessing some forms of credit,” Sinclair said. The rationale behind this phenomenon is relatively straightforward: Companies are skittish about extending lines of credit to people on fixed incomes. Those include credit cards and mortgage products for people over a certain age.

Although people can turn to equity release products in times of need, they aren’t a practical solution for small amounts. Gaining access to credit to get the money now and pay it back over time is a much more reasonable approach.

“Debt in itself is not necessarily a problem,” Sinclair said. “I think a bigger challenge is access to debt for people who need it. If you’re washing machine breaks or if your car breaks down, are there ways we can make sure people have access?”

For that to become a viable option, the industry’s attitude must change — and it has plenty of incentive to do so. People living off a pension may have a fixed income, but it’s a steady, guaranteed income — which compares favorably with the income many younger people depend on.

“Much of the industry has, I think quite rightly, moved toward the idea that, if you’re 75 and you have a pension product, that’s giving you an income,” Sinclair said. “That’s a more guaranteed income than someone who’s got a job.”

Getting young people to start saving for retirement is another critical priority because of its challenges. People tend to underestimate their own life expectancy by about four years, according to Sinclair. That’s not the only financial miscalculation people tend to make.

“There are millions of us — in the U.S. and the UK — who expect to continue to work until they’re 65 or 68, and then actually they have a heart attack at 50,” Sinclair said. “We know midlife health in the UK, and the U.S. are major challenges.”

In the UK, for example, 1 million people between 50 and 65 who want to work can’t because of their health or because they care for someone else. That is a problematic source of debt, and another is losing a job to redundancy, especially later in life. It is much more difficult for an older person to get a new job than it is for someone in their 20s, 30s or 40s.

However, young people face their own financial challenges when preparing for stability later in life. For example, minimum wage growth has been low, making it more difficult for young people to save for retirement compared with previous generations. Additionally, many jobs now require a college education, meaning there’s more debt to pay off earlier on, and saving gets pushed into the future.

“Generations today are relatively worse off than their parents,” Sinclair said. “That is where a public policy institution needs to come and make sure that this group of the population is better supported. We should try to take a fairly balanced intergenerational point of view.”

ILC-UK: Advocating Financial Policy Reform to Meet the Needs of an Aging Population

As the average lifespan continues to grow, addressing future problems demands a change in how people, governments, and financial institutions think about work.

“We need to think about our lives differently,” Sinclair said. “We are going to have to work a little bit longer. But should we all be working for 35 to 60 hours a week when we’re between 25 and 55 and not do anything before or after? Wouldn’t it make a lot more sense for us to be taking a year off in our 20s, a year off in our 30s, and then working much longer or working part-time?”

Additionally, those issues require people to reconsider how they earn and, in turn, their long-term spending habits.

“We typically bring in more wealth and more income than we spend,” Sinclair said. “The problem is that we spend more of it than we have between when we’re 30 and 60. So we have an uneven distribution of income and expenditure.”

While those are personal financial issues, the burden of finding solutions is not entirely on the individual. The financial industry also needs to meet them halfway to ensure financial security at every stage of life.