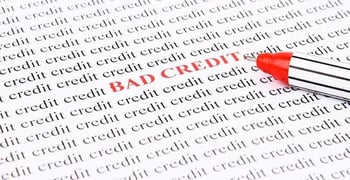 Anyone paying attention to news reports during the collapse of our banking system was treated to detailed information about credit-default swaps. But do many of us really know what they are?

Credit-default swaps are essentially an insurance policy that banks and other financial institutions can buy to protect against the risk of collapse. They are in fact an extension of the credit derivatives market.

In a study titled “Good and Bad Credit Contagion: Evidence from Credit-Default Swaps,” the authors show an indicator in the spread of a company’s credit-default swaps that can be used to predict contagion across the banking industry.

This information may sound obscure and uninteresting to many of us, until we consider it could have been used to predict – and avoid – the financial catastrophe that almost destroyed our economy.

According to the authors, contagion occurs when there is a “clustering” of credit events and can be measured by extreme increases in the spread of CDS offerings by a financial institution.

The increased risk is when the default of one firm causes financial distress on other firms with which they have large CDS exposure. By measuring the CDS spread levels of any single institution, the actual risk of default becomes more apparent.

If, prior to the collapse of Bear Stearns and the near-collapse of AIG, the CDS spreads of these two companies had been observed, it would have predicted the impending catastrophe.

Other institutions could then have adjusted their own credit risk accordingly. In theory, the study says the extreme nature of the collapse could have been avoided.

No one can know with certainty whether this scrutiny of credit-default swaps would have altered the outcome of the financial crisis. However, given the renewed trading of these and other “exotic” risk-based instruments, we may have an opportunity to find out.

If you’re at risk of defaulting on your lines of credit, it may be time to file for bankruptcy.

Study: Excellent Credit Could Save You 116% on Car Insurance