The Consequences of Being Free of Debt 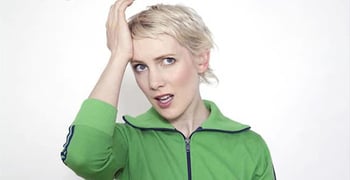 By: Erin Lowry
Experts share their tips and advice on BadCredit.org, with the goal of helping subprime consumers. Our articles follow strict editorial guidelines.

Debt-free college graduates are the unicorns of the millennial generation.

It seems like an urban legend, gossip whispered in hushed tones at graduation ceremonies, “Shhh, see her. Yeah, that one there. I hear she has no student loans. Can you imagine?!”

It’s hard to envision that living life without cutting a check to creditors could have a single downside.

It does: credit history.

Thanks to academic scholarships, I graduated as one of those unicorn debt-free millennials, and I quickly learned my lack of student loans meant creditors (or more importantly for me – a landlord) saw me as a risk due to minimal credit history.

The first time my credit history mattered was a month after graduation. I’d packed my bags and moved to New York City for an exciting but incredibly low-paying job in the entertainment industry.

Like any naive recent college grad, I decided to sublet a room from a random ad on Craigslist, thanked my lucky stars it was a clean and safe space and pounded the pavement of New York hunting for a permanent apartment.

My roommate and I saw apartment after apartment and finally settled on a small but recently renovated space that seemed too good to be true. It was.

Step one of the apartment application was forking over $60 so the relator could run our credit reports and get our credit scores.

Fortunately, I’d opened up a credit card my freshman year of college. I always paid my monthly balance in full, never wracked up debt nor came close to maxing out my limit.

Even though I didn’t have debt, I did have a tiny bit of credit history to my name.

Unfortunately, credit cards only count for about 10 percent of your overall credit score.

My credit score was in the mid-700s, which is perfectly respectable, but my credit report reflected the general lack of history.

“By not having debt, I had no way to

The landlord had been burned before by “youths” who hadn’t paid rent. Because of those irresponsible 20-somethings, the landlord viewed me as a possible issue.

By not having debt, I had no way to prove to them I’d be responsible and diligently make payments on time.

To rectify this situation, he insisted my father be the name on the lease and therefore financially responsible for the rent should my roommate and I default on our payments.

Even though my father didn’t live in New York and had no connection to my roommate (he hadn’t even met her), the landlord felt it would be a safer bet than the two young women standing before him.

Always the savvy businessman, my father advised my roommate and I to continue our hunt and find a landlord who would allow both of our names to be on the lease so we had legal standing should something go wrong.

In the end, my roommate and I ended up in a nicer apartment with both of our names on the lease.

The entire debacle opened my eyes.

If I had wanted to buy a home right out of undergrad, it would’ve been incredibly difficult to get a decent mortgage rate.

The same would’ve happened with a loan for a car or (heaven forbid) if I matriculated to grad school and needed Uncle Sam to back the payments for my education.

Today I still only use credit cards to build my history because I have no reason to take out a loan.

In retrospect, I wish I’d taken out a small loan – perhaps $2,500 – that I could’ve easily paid back after graduation.

That simple act would’ve helped me begin building a stronger credit history, so when I do need a loan, perhaps for a mortgage, I’ll be saving myself money by qualifying for lower interest rates.

For now, I’ll continue to use my credit cards responsibly and brush up on my negotiating skills for the  inevitable day that I need financial backing.

Erin Lowry
Erin is the founder of Broke Millennial, where she uses sarcasm and humor to explain basic financial concepts to her fellow millennials. Erin lives and works in New York City. Follow Erin on Twitter.

How Bad Credit Can Affect Your Children’s Lives

How Do Debit Cards Affect Your Credit?