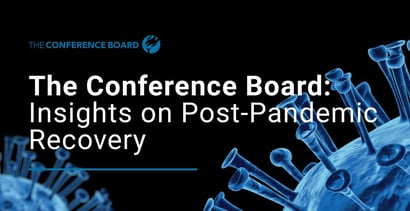 In a Nutshell: The national debt is a pressing problem that has repercussions for personal finance in the United States. And it has only increased in the wake of government spending packages to help Americans recover from the COVID-19 pandemic. The nation experienced a similarly high level of debt during World War II, but a postwar economic boom helped to mitigate its effects, according to Joseph Minarik, Senior Vice President and Director of Research at the Committee for Economic Development of The Conference Board. Today’s social and financial factors, however, preclude economic growth as a check on rising national debt. Instead, direct and careful intervention presents a more likely solution to the problem of post-pandemic debt. But such a solution must be invested in quickly to produce meaningful results for U.S. consumers.

The U.S. national debt increases every minute by more than the average American annual income, and it shows no sign of stopping.

It has been growing steadily for decades. Occasionally, the topic enters the mainstream news, but then it’s buried just as quickly. Sometimes, a politician will run for office on the issue of balancing the budget and reducing the deficit, but the debt just keeps growing.

During the COVID-19 pandemic, the federal government has provided nearly $2.6 trillion in economic relief to citizens and businesses struggling with reduced hours and revenue, layoffs, furloughs, and other financial difficulties. In the meantime, the national debt continues to increase with no plan to curb spending or begin to pay off the debt.

One of the most significant repercussions of rising national debt is inflation and how it affects the lives of consumers. Rising prices make it increasingly harder for people to pay for everyday expenses, not to mention pay off their own consumer debt and build savings. It is, in short, a threat to the well-being of every resident of the United States unless a recovery plan is established and pursued.

Such problems and solutions are the business of The Conference Board, a nonprofit, nonpartisan business service organization.

The National Debt: A Concern for All Citizens

The best way to understand the size of the national debt is in its relation to the gross domestic product (GDP). This is a comparison of what the nation is spending to what it is producing, and it is analogous to spending and income in a personal household budget. If expenditures are higher than income, the result is debt, and if spending is reined in and the principal paid off, the debt diminishes.

This was the case during World War II when the United States was borrowing money to support the war effort. Afterward, wartime manufacturing converted to consumer manufacturing, and the economic growth helped the nation pay down its debt.

The debt comes from the sale of bonds, which accrue interest that must be repaid to whoever holds that bond. Levying taxes is how the government funds repayment of that debt.

“If the debt is equal to, as it is right now, approximately our GDP today, take the average interest rate that we have to pay to finance the debt and multiply that by 100% of GDP,” Minarik said. “That’s how much of what we produce has to go to paying interest on the debt.”

After World War II, domestic economic growth surpassed government spending, and so taxation provided adequate funds to pay those debts down. However, the United States is not currently in a position where economic growth represents a solution to the mounting debt.

“The likelihood of economic growth bailing us out is zero,” Minarik said.

One of the differences is the availability of money and labor. At the start of WWII, unemployment dropped from over 20% to just over 1% as everyone contributed to the war effort. Everyone was earning, but they were not able to spend their money until the economy shifted from war production to consumer production.

At that point, savings were abundant, and the economy and post-war babies boomed. Production rose. The government took its share in taxes, and the wartime debt began to subside.

“Everything was optimal for very rapid economic growth,” Minarik said. “Today, you have an aging population, whereas you had the troops entering the workforce at the end of World War II. … So the labor force is shrinking rather than growing.”

And instead of a nation with full bank accounts, the United States consists overwhelmingly of people who were still recovering from the Great Recession as the COVID-19 pandemic delivered a second sucker punch in as many decades. In addition, we live in a globalized market, meaning that domestic labor and production must go toe to toe with international competitors.

Finally, the rising cost of healthcare imposes an additional burden on the federal budget, on the finances of small businesses who pay for employees’ health insurance, and on state and local governments to pay for Medicaid and subsidize public hospitals.

“We are at the opposite end of the spectrum in terms of prospects for the nation’s finances now compared to where we were at the end of World War II,” Minarik said.

Revenue and Oversight Are Key Components of Recovery

So what do solutions to pandemic-related debt look like in the here and now? Obviously, it will be quite different. Minarik believes that it will require direct intervention, including issuing long-term bonds and management through a centralized agency.

“We do believe that we would need a new institution,” Minarik said. “The trustees of CED, who were engaged in this research project, include some people who work in the finance industry. And their insight is that you would need a firm commitment from the federal government.”

That commitment would be represented in establishing a new, institutional financing authority. It would be tasked with servicing the debt and convincing markets to buy very long-term treasury securities, which would provide a source of revenue dedicated exclusively to retiring pandemic debt.

Placing the funds under this financing authority would allow that institution to very carefully protect that money throughout the process. Congress could pass a law reserving the revenue specifically for that purpose, but Congress could also pass future laws undoing that protection and placing the entire program at risk.

“We believe that the commitment to the people who bought the bonds and to the financial markets would be more effective than anything you could write into the law as a guarantee of the safety of that source of revenue,” Minarik said. “So a combination of very long-term securities and a dedicated, protected single-purpose source of revenue, we believe would help to protect this process.”

The national debt is over $28.6 trillion dollars and still climbing. It’s a number so huge that it’s inconceivable to the human mind, a number that fades into the scenery like the number of stars in the sky. It is impossible to fully grasp, and it is simultaneously one of the nation’s most pressing concerns.

Unequivocally, resolving the national debt must be brought to the forefront of policy discussions before it gets further out of hand, said Minarik. In the few minutes it took to write two paragraphs, the debt grew by additional hundreds of thousands of dollars.

When that happens, the problem continues to grow without any real solution in sight. And the lack of a solution provides yet more impetus to put the problem on the back burner, where it will get closer and closer to its boiling point.

“If we restrict ourselves to the things that we could do, that are within the realm of political possibility today, we will do nothing,” Minarik said. “It is more likely that a conversation of this sort can begin successfully with a recognition and an acknowledgement that they see a serious problem. Right off the bat, we can come to a conclusion about how we should address it. This conversation is going to take time, and the first thing that we all need to understand is, if we restrict our thinking to options that are fun, we’re not going to address this or any other serious problem that faces us.”