In a Nutshell: When major financial institutions are the targets of cyber attacks, not only are their customers’ wallets affected, but their brand’s reputation takes a hit as well. The monetary and character damage affects the bank’s ability to do business with its customers in good faith, which often leads to a decline in consumer confidence. And banks certainly aren’t alone. Virtually every business sector is a potential target for attacks, which has led to a surge in brand protection solutions. One such company at the forefront of this technology is MarkMonitor. An American software company founded in 1999, MarkMonitor has been providing solutions designed to protect brands from cybercrime on a global scale. Its comprehensive suite of services safeguards major brands and the customers they serve.

About eight years ago, I was standing in a long line at the post office, mindlessly scrolling through my emails. I saw a message from my bank, a 10-question poll about customer preferences. I began answering the questions when I was prompted to a login screen. Again, I was hardly paying attention to what I was doing and simply trying to fight the crushing boredom of waiting in line. I don’t even remember if I finished the poll.

Fast forward to a few weeks later. I answered an automated phone call from my bank alerting me to potentially fraudulent activity on my checking account. I was then forwarded to a representative who began unfurling a list of transactions — all in different states — occurring over the course of the previous 48 hours and totaling somewhere around $2,300. To say that I was shocked would be an understatement.

The bank representative reassured me, and then asked me a list of rote questions, one of which was whether I had recently shared my online banking password and information with anyone. Of course, I hadn’t. But then I remembered the online poll. Once I began describing it to the bank rep, she cut in and informed me I had been the victim of a scam that was tearing its way through inboxes all over the country.

As it turns out, this “phishing” practice of mimicking banking websites and luring people into entering their information was common then and remains a threat today, with more than half of internet users receiving at least one phishing email per day. However, because of the efforts of companies like MarkMonitor, businesses can use technology to remain protected. Since 1999, MarkMonitor has developed a solution to protect various corporate brands from internet counterfeiting, fraud, piracy, and other threats.

“Essentially, we’re looking for people who are attempting to impersonate companies for various reasons, which could be fraud, or stealing a consumer’s credentials and then accessing their bank account to selling counterfeit goods pretending to be branded items,” said Charlie Abrahams, Senior Vice President of Worldwide Sales at MarkMonitor.

It’s the work MarkMonitor does within the financial sector that truly affects everyday consumers like me. In addition to the kind of phishing attack I unwittingly fell victim to, cybercriminals also target people actively looking for work or seeking a short-term loan to help make ends meet. In this way, MarkMonitor’s suite of brand protection solutions not only provides safeguards for companies but also for the consumers they serve.

Security Against the Increased Risk that Comes with Increased Connectivity

Think about it — when was the last time you visited a brick-and-mortar bank branch? More and more of our banking is done online, with 62% of Americans citing digital as their primary method of banking. While online banking is certainly more convenient than physically going to a bank branch, all this digital conveyance of data regarding our finances creates more opportunity for cybercriminals to compromise our personal information.

As noted above, the kind of phishing attack I fell victim to is less common today, but it’s still very much a threat.

“I’ve been in this business for 11 years, and when I first joined on, our biggest growth sector was phishing,” Charlie said. “Banks all over the world were plagued with phishing attacks. And because banks reimburse anything taken from your account, they were losing money — lots of it. It was costing banks thousands of dollars per victim, and that’s when they began implementing technologies like ours.”

With 9.2 million consumers still being tricked into submitting personal data from phishing scams, MarkMonitor’s AntiPhishing solutions are a welcome service. As with all of its solutions, MarkMonitor’s AntiPhishing mitigation is specially designed to address threats before they launch by using a three-pronged approach — deep analysis, extensive fraudcasting, and fast shutdowns.

So what does this mean for you and me, the humble banking customers? Banks have literally everything to lose when their customers fall victim to fraud: profit and reputation. When banks employ MarkMonitor’s services, both their brands and profits are more securely protected, giving their customers much needed peace of mind.

Protection from Fraud with Payday Loans and Job Hunting

We’ve all seen the commercials. They usually consist of flashy promises of “CASH NOW!” and fast advances on your paycheck. These payday loan offices, though legitimate businesses, are often a last resort for people at the very edge of their finances. The interest rates are high, and their clients often end up deeper in debt than they were at the start. But that’s a subject for an entirely different article.

A prevalent scam in this business begins when callers, who identify themselves as attorneys for loan companies, contact individuals who have used these loan services. The callers solicit credit card information and other personal data and make various threats if the information is not provided. This is an especially predatory practice considering that the victims of this kind of attack are already in bad financial situations. 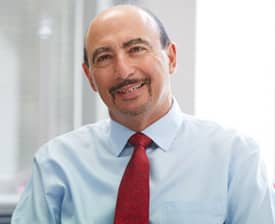 “People who fall prey to these payday loan scams are already in need and are usually more likely to take risks,” Charlie said. “The opportunity to mimic payday loan sites is a very tempting way to generate advance-fee frauds for cybercriminals.”

The next popular scam targets another vulnerable group — people looking for work. This is apparently more common in the UK and Europe and consists of targeting job applicants.

“Another type of advance-fee fraud is where fraudsters build a lookalike human resources site and offer open positions to solicit applicants, often targeting developing nations,” Charlie said. “Once unwitting applicants submit their information, they’re contacted via email explaining that they are a likely candidate and just need to submit a $500 fee to process the application. Once the fraudsters get the $500, they reach out again with a message stating something like ‘Great news! You’ve qualified for an interview, but you’ll need to fly to the UK to participate in person. We’ll take care of your visa for you; just send $1,100.’ This is a classic advanced fee model, and sadly, it works quite often.”

The attacks outlined above are just the tip of the iceberg. Cybercriminals have stepped up their game with more frequent, more sophisticated attacks. What makes MarkMonitor’s solutions especially effective in protecting against the increasing number of threats is its consumer-first model.

MarkMonitor prioritizes the threats consumers are most likely to see. The company accomplishes this through some pretty complex software engineering, but the gist is this: it has many thousands of IP addresses in place that replicate the exact consumer view from anywhere in the world, enabling them to more strategically develop targeted defenses.

“We continually scan the internet looking for things that include a particular financial institution’s trademark terms — content containing their logos, their name in the URL, or anything like that. Then, we get them removed,” Charlie said. “We get a very high compliance rate on fraudulent activity. When the infraction is more akin to intellectual property theft, they’re basically trying to make money off a well-known brand, then it is more of a legal process, and things move somewhat slower because there is not money draining out of somebody’s bank account.”

If the threat exists, MarkMonitor provides the solutions necessary to protect brands and their customers against it. Solutions aimed at detecting malware, intellectual property abuse, and even product counterfeiting all play a role in how MarkMonitor aims to thwart the efforts of today’s criminals.

As paying customers, when we interact online with the brands we do business with, we all want the assurance that our privacy is respected and our data is safe. The entire foundation of a business relationship, especially when it comes to banking, is built on trust. When cybercriminals target a brand we trust, and we are affected, the monetary damage to us and the character damage done to the brand have lasting consequences.

One global financial institution, which we can’t name in this article, recently became the target of cybercriminals, and the far reach of the brand’s online presence made it difficult for it to manage on its own. It had a highly skilled team in place to fight fraud, but those measures simply weren’t enough. It needed something more robust and automated to help prevent and eliminate attacks.

And for that it turned to MarkMonitor. A suite of solutions including MarkMonitor’s Domain Management, Brand Protection, and AntiFraud were employed to help the bank defend itself and its customers. MarkMonitor was able to effectively establish easy-to-use tools and protocols for the bank that not only safeguarded against threats but also enabled it to stay ahead of cybercriminals and eliminate attacks before they happen.

The sum $3.7 trillion is an unfathomable amount of money. But that’s how much the financial sector loses to fraud each year. Sure, that affects every bank’s bottom line, but those losses are consequential for us, too. That’s why MarkMonitor develops solutions that are some of the most comprehensive tools available in a fight against the ever-present threat of online fraud.

Aaron Lay
Aaron Lay is a contributing writer for CardRates.com and BadCredit.org with over a decade’s worth of professional writing and editing experience. He’s passionate about making difficult financial topics and trends approachable and straightforward. He believes that everyone has a right to useful, uncomplicated information to better their lives. Away from the desk, he can be found rummaging through thrift store record crates and spending time outdoors with his family.
1.8k followers
6.5k followers
◄ 1 of 5 ►