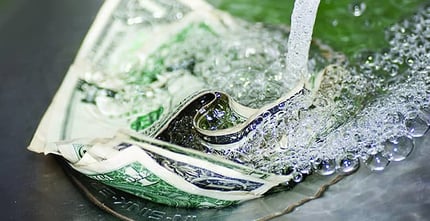 Now that Congress has temporarily averted a debt ceiling default, we can all breathe a little easier for a while.

We also need to keep in mind the agreement to extend the debt ceiling only moves the deadline out until Feb. 7, 2014.

By then, Congress will have had to reach a compromise agreement on a workable budget for running our country.

What does the threat of a debt default actually mean to the average American citizen?

If you are listening to the news media, you would be tempted to believe a financial meltdown would take place at a minute past midnight if an agreement was not reached.

Is that really true? And even more importantly, could a debt ceiling default actually affect your credit?

The possible effects of a debt ceiling default:

Defaulting on a loan to a creditor would get any of us into trouble. First, we would be subjected to a legal process that would identify all of the assets we owned.

Next, our creditor would get to claim the right to those assets and maybe even more. Finally, our credit would be so tarnished that we would have a hard time borrowing anything from anyone for a very long time.

Is it any different if our country defaults?

The entire world looks to the U.S. and the American dollar as the preferred currency for doing business.

That means loans, reserve savings and even other countries’ currency value is measured in terms of dollars because the dollar has historically been the safest and most stable of all the world’s currencies.

Other countries buy our bonds and treasury notes (lending us their money) because it is the safest place for them to invest.

In return, we get to borrow money from countries around the world at rates that are some of the lowest around. This is because of our excellent credit rating and ability to repay.

If congress does not reach a budget:

The effects would be similar to us not making payments on our mortgage, car, credit cards, utilities, loans, etc. You get the picture.

We would soon be unable to borrow anything. At that point, we would have to conduct all of our transactions in cash, except $16 trillion is a lot of cash to be carrying around.

The cost of borrowing money will go up, to say the least. That means banks would have to charge us more interest, which means we would potentially have a harder time making payments.

This means any of us would be more likely to default on our loans as a result.

Is this situation likely to happen?

It will most likely not. Our elected politicians and those advising them know very well what could happen if the U.S. defaulted on its debt obligations.

No one wants to see the result of that mess. Instead, what we can expect is a lot of deal-making, political posturing and compromise before it is all said and done.

There may be damage to our reputation, but our position as the currency of choice is unlikely to change.

Is it a good thing that we find ourselves in this position? I do not think so. If any of us ran our personal budgets like Congress runs our country’s, we would be in hot water already.

How Your Credit Score Can Affect Your Insurance Rates

How Medical Debt Affects Your Credit