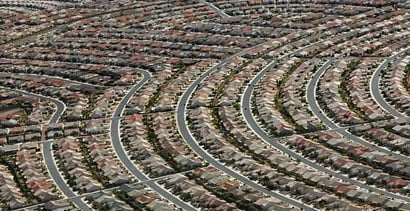 Since the end of the Great Recession, policymakers, academics and economists have been struggling with a very difficult question — what should we do with Fannie Mae and Freddie Mac? Should the government continue its role in providing mortgage credit to millions of American?

Fordham University Associate Professor of Law and Ethics Brent J. Horton made a proposal in his forthcoming paper “For the Protection of Investors and the Public: Why Fannie Mae’s Mortgage-Backed Securities Should Be Subject to the Disclosure Requirements of the Securities Act of 1933“:

“The best way to reduce risk taking at Fannie Mae is to subject its MBS offerings to the disclosure requirements of the Securities Act of 1933,” Horton writes.

However, Brooklyn Law School Professor of Law David Reiss believes “the problems inherent in Fannie Mae’s structure are greater than those that increased disclosure can address.”

In his response, titled “Who Should Be Providing Mortgage Credit to American Households?” Reiss points to increased privatization as one way to address the question of what to do with Fannie Mae and Freddi Mac.

A brief history of Fannie Mae, Freddie Mac and the subprime mortgage crisis

Fannie Mae and Freddie Mac have one of the most unique business arrangements in the history of the United States. Starting in 1938* as a part of the President Franklin D. Roosevelt’s New Deal, Fannie and Freddie are the federal government’s attempt to smooth and provide capital to the consumer housing market, helping expand Americans’ access to mortgage credit.

These organizations became known as government-sponsored enterprises, or GSE’s, which used public sector funding to conduct private sector business in the housing market.

However, Fannie and Freddie don’t offer mortgages directly — instead, they bought mortgages from banks and repackaged them as mortgage-backed securities sold to private investors. Through this mechanism, banks could eliminate outstanding debts from their balance sheets and offer more mortgages for would-be home buyers.

Signs like these were common in the period leading up to the subprime mortgage crisis.

This was all well and good until about 2006 and 2007, during which time banks were offering up mortgages left and right with little oversight, often approving new home buyers based solely on stated information.

New homeowners soon found themselves underwater on homes they couldn’t afford, taking out mortgages that would have likely never been approved if lenders saw their subprime credit profile and underwhelming cash flow.

Since Fannie and Freddie guaranteed roughly half of the United States’ $12 trillion mortgage market at the time, a collapse would be an economic catastrophe not just for the United States, but for people and nations the world over who had an interest in the GSEs’ investments.

On Sept. 6, 2008, the Federal Housing Finance Agency stepped in and placed Fannie and Freddie under conservatorship, pledging $189.5 billion in support and assuming the authority of management and boards of both companies.

The government’s radical intervention in the mortgage market and subsequent role as conservator of two of the industry’s most important players leaves both democrats and republicans feeling uncomfortable, Reiss said.

“Nobody favors the limbo that they’re in right now. There’s a lot of risks of leaving them in limbo,” he said. “I don’t think anyone is in favor of keeping them around in conservatorship. I think everybody on the left and the right in the industry — they want a solution.”

In general, Reiss discusses possible outcomes for Fannie and Freddie:

Horton favors this approach, quoting Prussian Statesman Otto von Bismarck’s famous notion that politics is the art of attaining “the next best” for its citizens.

“The next best does not require dismantling Fannie Mae,” Horton writes. “The next best is to require Fannie Mae to inform investors — and the public — more about the mortgages it is purchasing and securitizing.”

However, Reiss believes doing so may lead Fannie and Freddie to “lose their way” while politicians ignore the organizations while “squabbling” over other issues.

“You don’t have people paying attention … it doesn’t take much of an error to cause massive damage,” Reiss said. “You’re talking about trillions of dollars, so if they’re off [on their calculations] by 1 percent, you’re talking about $50 billion.”

What Reiss takes issue with most is the fact the federal government used taxpayer money to resolve the crisis.

“People say that’s a way of privatizing profits and socializing losses,” Reiss said. “In other words, shareholders get the profits when times are good, and when they go bust, the taxpayer’s on the hook.”

Rather, he believes private capital should take a bigger role in residential mortgage finance. While the capacity of capital in the private sector is an unknown, he believes it’d be able to handle more than the “measly” number of mortgages it has originated in recent history and private funds should assume as much of the risk as possible.

“It follows that Fannie and Freddie’s functions should be transferred to the private sector pursuant to a carefully planned transition,” he writes.

Politics and the 100-year future of mortgage finance

Policymakers haven’t been quite sure what to do with Fannie and Freddie following the recession — “broader ideological battles and entrenched special interests” have slowed down any progress toward reform, Reiss writes.

“I actually think the stars are better aligned for housing finance reform … the republicans are more critical and more open to changing this model.”

Likewise, he notes trade groups such as the National Association of Realtors, the construction industry, the housing finance industry and the affordable housing lobbying organizations will want to stay the course “because the status quo is predictable and their members know how to deal with it.”

However, with the GOP’s win in the Senate, Reiss believes the political environment in Washington may actually lay the groundwork for changes to Fannie and Freddie.

“I actually think the stars are better aligned for housing finance reform,” he said. “The President signaled as early as 2011 that he’s open to a range of solutions to the problems of Fannie and Freddie … Fannie and Freddie had a lot of friends in congress, particularly with the democrats but also with the republicans. The republicans are more critical and more open to changing this model.”

Fannie and Freddie announced in early November 2014 they will pay $6.8 billion back to the federal government, bringing the total amount of money they’ve returned to $225.5 billion since their $189.5 billion bailout.

However, there remains much work to be done before lawmakers and homeowners are satisfied. Reiss underscored the importance of reaching a solution.

“The stakes here for regular American people as homeowners, as taxpayers, as voters,” he said. “Even though the way Fannie and Freddie operate is complicated, it’s important for people to understand it because this is effectively the infrastructure of housing finance. What we decide to do in the next few years is probably going to govern how we do housing finance for the next hundred years.”

If you have bad credit and are looking to buy a home of your own, check out these home loans for consumers in the subprime marketplace.

*Fannie Mae was created in 1938. Freddie Mac formed later in 1970 to provide competition to Fannie’s monopoly over the secondary mortgage market.