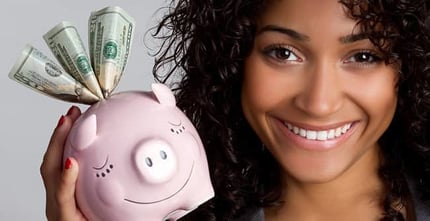 When it comes to managing debt, women appear to have the edge over men.

In a recent study, the credit reports of 750,000 men and women across the United States were examined. This research showed women were slightly better at managing debt than men.

This total represented outstanding credit card debt and loans, but it did not include mortgages. The average mortgage debt held by men was $187,245 compared to $178,140 for women.

What makes the slight edge for women more impressive is they had a better handle on debt while also earning significantly less. Women in the study earned on average 23 percent less than men in the study.

This breaks the stereotype that women are big spenders who can’t be trusted with a credit card. In fact, they seem more trustworthy than men, according to this data.

Money management expert Liz Weston was pleased with the results of this study, as they show the stereotype that women are bad with money simply isn’t true.

In Weston’s opinion, women are no better or worse than men in terms of saving and credit management.