Who is Your Debt Collector? 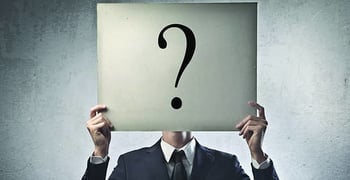 If you are unfortunate enough to have had a debt go to collection, then you have likely received at least one call from a debt collector.

Chances are you felt anxious, frightened or even a little bit embarrassed.

A debt collector can make you feel all of those things and more. It is their job.

Who are these people really?

And what is their connection with your past debts?

Debt collectors can be attorneys, collection agencies or anyone who is authorized by a creditor to try to get you to pay at least a portion of the outstanding debt owed.

Any individual or agency who attempts to collect a debt is mandated to follow the rules outlined in the Fair Debt Collection Practices Act (FDCPA).

The rules outlined in the FDCPA were designed to prevent abusive, deceptive or harassing actions on the part of any entity involved in third-party debt collection.

You will notice I said “third-party” debt collection. The fact is debt collectors are not associated with the original creditor in any way except for the express purpose of collecting the outstanding debt.

In most cases, the original creditor or holder of the debt would have attempted to collect it first themselves. The reason for this is any debt that is allowed to go to collection is considered a loss to the creditor.

“The best thing is to make

arrangements to pay any debts.”

The amount that is in collection usually consists of the original amount borrowed, along with a lot of fees, late charges and interest accrued at exorbitant rates. A debt collector will usually attempt to get you to pay this entire amount.

If they are unsuccessful, they will make a deal with you that allows you to pay an amount less than the total amount due. If you pay, they will then get to keep a percentage of the money they collect.

Sometimes debt collectors will be able to keep all of it if the debt has been sold or written off by your creditor.

A peek inside a typical collection agency:

Many of the larger agencies will employ dozens or even hundreds of debt collectors. The collectors themselves will be given as many as 200 or more names of outstanding debtors to attempt to collect from in a given day.

They will then start making phone calls and attempt to close the deal by collecting as much money as they can from people with debts.

The tactics debt collectors can use are strictly limited and include not being allowed to call you at work, before 8 a.m. or after 9 p.m. They also are not allowed to threaten you or use abusive language.

Your rights are clearly laid out in the FDCPA. You can read exactly what these are by visiting the Federal Trade Commission website at FTC.gov.

Now that you know a little more about who your debt collector is, you can better protect yourself from abuse or harassment. The best thing is to make arrangements to pay any debts you have accrued.

In fact, if you have been contacted by a creditor and have been putting off making arrangements, it is worthwhile to talk with them.

They are often a lot more flexible and understanding than a debt collector would be. It may also keep a black mark off your credit report.

6 Common Questions You Should Ask Your Debt Collector

How GDR Could Overhaul Debt Collecting