How GDR Could Overhaul Debt Collecting 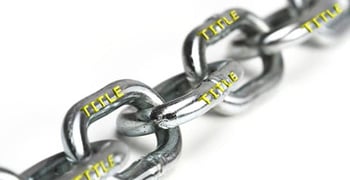 In a nutshell: Global Debt Registry hopes to become the world’s first independent registry to catalog and track consumer debt. If successful, the concept would provide radical new protection for consumers from unethical debt collection practices.

With consumer debt near historic highs and wages stagnant for the past decade, it’s no wonder the debt collection business in America is booming. Yet with the huge quantity of delinquent debt that gets sent to collection each year, tracking legitimate ownership of it is a tricky process.

However, one company is aiming to change all of that.

Global Debt Registry is a relative newcomer with big plans for modernizing totally revamping the accounts receivable management industry — or debt collection, as most people know it.

According to Global Debt Registry’s CEO Mark Parsells, one of the biggest problems facing the industry today is the lack of a clear chain of title for debt ownership. What this means is that often the obligated debtor has no way of verifying who is legally entitled to collect on their outstanding debt, so they are vulnerable to fraud and abuse.

Although the vast majority of firms in the debt collection industry are reputable and ethical, there are some that don’t play by the rules. Among them are what Mark Parsells calls “phantom debt collectors” – the ones who pop up after you’ve already settled a debt or are in the process of doing so.

When a bank is forced to charge off a loan, it typically goes to a third-party debt collector, or it may get bundled and sold to a debt buyer. Since many firms have access to the information on debt that is being sold, disreputable collectors may attempt to collect when they have no legal right to.

By establishing a registry of debt ownership, chain of title can be transparently accessed and tracked. All parties involved can then verify the legitimacy of a collection attempt.

How consumers could benefit from a debt registry

A major feature of Global Debt Registry is a service named Debt LookUp. By using the information in the debt registry database, consumers can validate whether the debt collector contacting them is the legitimate owner of their debt and is authorized to collect.

Parsells compares it to how CarFax changed the process of buying a used car.

“Prior to CarFax, there was no way to validate the information being given about a used car,” he said. “CarFax came along and brought transparency to the used car industry by tracking the VIN or account number of the vehicle, including mileage, accidents and major repairs.”

Global Debt Registry hopes to have the same impact on the consumer debt collection industry. By giving consumers the ability to validate the status of their debt, they will be able to identify and report dishonest players in the debt collection business.

Another function of Debt LookUp is the ability to provide an extinguishment report for debt that has been settled.

The future of Global Debt Registry

With a successful round of Series A funding to the tune of $7 million , Global Debt Registry has secured two major (yet confidential) partnerships that will continue to grow the size of their registry. Parsells said the funding will help add millions more accounts to their system and provide the impetus for many more to come.

In addition, the company plans to expand into other asset classes including medical debt, student debt and auto finance debt in the near future.

Do you have poor credit because of excessive debt? A credit repair firm may be able to help you out.

Who is Your Debt Collector?

6 Common Questions You Should Ask Your Debt Collector