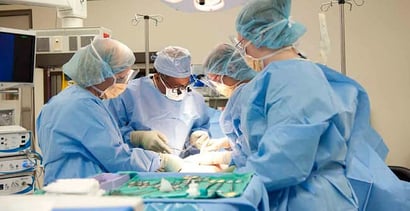 “[Health care] is a cost that now causes a bankruptcy in America every 30 seconds,” President Obama said in his 2009 State of the Union address.

When Northeastern University Professor of Law Daniel Austin heard that, he knew something didn’t feel right.

In his latest paper “Medical Debt as a Cause of Consumer Bankruptcy,” Austin aims to do two things: provide a new, more accurate definition of “medical bankruptcy” and provide a clear and reasonable estimate of its prevalence in the United States today.

Obama’s statement came from a 2009 study “Medical Bankruptcy in the United States, 2007: Results of a National Study” published in the American Journal of Medicine (which, curiously, said medical bankruptcies occur every 90 seconds as opposed to 30).

Co-authored by Harvard and Ohio University researchers David Himmelstein, Deborah Thorne, Steffie Woolhandler and Elizabeth Warren* (which we’ll refer to as “the Himmelstein study” for brevity), the study deemed a bankruptcy “medical” when debtors either:

“The term ‘medical bankruptcy’ is not a technical term, despite the way we toss it around,” Austin said. “It’s not defined in the code. What is a medical bankruptcy? How do you define it? The Himmelstein study defined med bankruptcy very, very broadly.”

For example, Austin noted how a typical household with medical debt will, on average, owe more than $1,000 at any given moment. Rather, he proposes a more practical and straightforward explanation of medical bankruptcy.

Measuring the prevalence of medical bankruptcy in the U.S.

Austin uses two important data sources for his research: debt and income amounts reported by debtors on bankruptcy schedules and debtor responses to a survey that asked a simple question — “What caused you to file bankruptcy?”

After scrutinizing roughly 4,500 cases of consumer bankruptcy involving medical debt and the results of 480 surveys, Austin gathered the following information:

1. Medical bills are the largest single cause of consumer bankruptcy.

Austin’s surveys had debtors indicate their reasons for filing for bankruptcy. Debtors were allowed to choose more than one answer.

2. For 2013, the minimum percentage of medical bankruptcy is 18 percent.

3. For 2013, the maximum percentage of medical bankruptcy is 25 percent.

You might wonder why there’s a “minimum” and “maximum” rate of bankruptcy. Austin notes that medical debt may actually be concealed on many bankruptcy filings as credit card debt and that consumers with medical debt are actually 20 percent more likely to use a credit card to pay for it.**

Extrapolating from previous studies, he estimated roughly 6.2 percent of unsecured credit card debt to be medical in nature.

“I added 6.2 percent of total unsecured debt on top of that to best glean from available studies what percentage of additional unsecured debt is that hidden medical debt,” Austin said. “People can debate whether that’s a good methodology — and I can understand their concerns, it’s imprecise — but based on the available data it’s the best I could do.”

So while at least 18 percent of the cases Austin reviewed were medical bankruptcies as clearly defined by the debtor’s filings, the actual number may be upward of 25 percent if medical debts were concealed in credit card debts.

He also found Massachusetts, a state that’s had a mandatory health insurance law since 2005, had the lowest minimum and maximum rate — just 3 and 9 percent, respectively.

Is medical bankruptcy a series issue affecting millions of Americans every day? Of course. But is it as bad as Himmelstein, Warren and Obama made it out to be? No, according to Austin.

Pinpointing the reasons behind any given consumer bankruptcy is a tricky and imprecise science, but Austin believes a more concrete explanation of medical debt, coupled with a more practical way of measuring its prevalence, will help “better inform debate and discussion regarding healthcare policy … members of Congress no longer need to stand on widely divergent estimates over medical bankruptcy as they consider health care policy and bankruptcy policy issues.”

*Warren later become a democratic senator from Massachusetts in 2013