Disclosure: When you apply through links on our site, we often earn referral fees from partners. For more info, see our ad disclosure and review policy.

CashAdvance.com reviews online reveal both positive and negative writeups from consumers who have used the lender.

With high fees and lump-sum repayments, short-term cash advance loans are already a questionable resource for those out of other options. But when you consider the huge number of questionable companies peddling fraudulent loan products, it can turn a hard situation into a potentially dangerous one.

And while online consumer reviews can be a great way to find the best stereo or cutlery set, the reviews for short-term lenders aren’t quite as reliable as an Amazon review for a new duvet. The customer reviews for the short-term lender CashAdvance.com, for instance, indicate that it may be a legitimate lending network — or an expensive scam.

Our Take: Quick Loans for Bad Credit, but Proceed Cautiously

The first thing to understand about CashAdvance.com is that any loans you obtain will not actually come from CashAdvance.com (or Hawk, LLC, the company that owns the site). Instead, the site is an online lending network, connecting potential borrowers with lenders from its range of third-party lending partners. So, to be clear, you won’t receive any money from CashAdvance.com nor will you make payments to the site.

With that in mind, browsing around the CashAdvance.com website, the company looks like many other online lending networks. There is information describing the site’s role in the lending process and the steps for getting a loan through CashAdvance.com and its partners. You can also start your application right from the homepage by inputting your ZIP Code, birth year, and the last four digits of your Social Security number into the form.

Using the site seems to be fairly straightforward, with an easy-to-use interface and simple signup process. Having been around since 1997, CashAdvance.com specializes in short-term cash advance loans, and the site has built a significant base of lending partners that can accommodate a wide range of credit types. Loans of up to $1,000 can be obtained with rates and loan lengths varying by specific lender.

In addition to all of the necessary relevant disclosure information, including a representative APR example and warning on the implications of non-payment, CashAdvance.com’s homepage also prominently displays its Online Lenders Alliance (OAL) badge of membership. The Online Lenders Alliance is a trade association for online financial services organizations, and describes its members as:

OLA member companies are among the most innovative financial technology companies committed to the highest standards of conduct, dedicated to ensuring the best possible experience for their customers, and fully compliant with federal law.

All in all, CashAdvance.com’s website ticks all the boxes representing a responsible lending network, and its easy sign-up process and large number of partners both increase the site’s appeal. But you should still proceed with caution, and not just because short-term cash advance loans are dangerous products in and of themselves (though that is one reason to be wary).

In truth, CashAdvance.com is in the middle of some very concerning behavior — the type that has earned the company an “F” from the Better Business Bureau (BBB). The heart of the problem doesn’t seem to be CashAdvance.com itself, but the company’s lending partners. It seems that CashAdvance.com isn’t always picky about its partners, leading to a large number of consumer complaints blaming CashAdvance.com for problems with loans and scams.

As with nearly everything on the internet, the reviews about CashAdvance.com are a mixed bag — when you can find the right ones. Part of the problem lies in the fact that a large number of lenders and other lending networks have “Cash Advance” in their name, and a search for reviews of CashAdvance.com itself can reveal reviews for other similarly named (and often poorly behaved) companies, including the very questionable Cash Advance USA.

Of the reviews that are about CashAdvance.com, several consumers complain about the spread of their personal information to third-party lenders, which seems to stem from a misunderstanding of CashAdvance.com’s position as a lending network, rather than being a lender itself. The more concerning complaints are those describing debt collection scams that occur directly after using CashAdvance.com or from callers who claim to be from the site.

I went online to apply for a cash advance and I was contacted by a representative who worked under the business of CashAdvance.com. I was offered a loan of $2,000. I was advised that I needed to send via money gram $120.00 to prove I was able to pay back the loan. I was told the $120.00 would be deposited into my checking account when cash advance was processed. I wired the money believing I would get it back. Then I was told I would now be connected with the wire transfer department and the loan would be transferred in 20 min. A different rep comes on the line and says okay there is a wire transfer fee of $249.00. — CashAdvance.com Review

The legitimate-seeming call from someone claiming to be with CashAdvance.com appears to be a popular scam, with a number of complaints describing a similar problem. While these stories are no doubt real, the various callers’ associations with CashAdvance.com may be suspect, particularly in light of the fact that CashAdvance.com is not a direct lender.

That being said, none of this proves CashAdvance.com isn’t at fault — at the very least, its partners may be complicit, even if CashAdvance.com may not be itself. The company does seem to be aware of the problem, providing a visible warning on its homepage describing the fraudulent phone calls, as well as additional fraud awareness resources. And the site’s online reviews aren’t all bad.

Wow, I can’t believe what I read in the comments here. CashAdvance.com is a site I have used for years. I have irregular paychecks because I am an independent contractor and sometimes if I don’t have a gig I need to take out a cash advance to cover me until my next one. I have never, ever had a problem with it. I never even got a single phone call from them. The whole thing was online and it was very reliable and trustworthy. — CashAdvance.com Review

The common theme among the positive reviewers seems to be gratitude for the ability to get their hands on fast financing, despite the inherently high rates charged for short-term cash advance loans. What’s more, a number of the positive reviewers, like the one quoted above, make a point to mention that they were never on the receiving end of a suspicious phone call or other fraudulent communications.

Other Options May Be a Better Fit

While it may seem that some of CashAdvance.com’s negative reviews are unearned (though it’s hard to prove either way), the mixed consumer opinions of the company aren’t the only reason to consider a different type of financing. No, it’s the nature of cash advance loans themselves that make it a good idea to consider just about every other option before turning to a short-term loan.

The biggest downfall of the short-term cash advance loan is its extremely high APR, which can easily reach three or even four digits, depending on the loan and lender, making them some of the most expensive credit products on the market. The need to make a single, lump-sum repayment can also contribute to a vicious cycle of extensions and fees. On both counts, credit cards and installment loans alike can potentially provide a better, safer solution. Both of these options will likely give you a lower APR and spread payments out over a longer term.

Although credit cards for bad credit tend to have high APRs compared to other credit cards on the market, those 25% to 35% interest rates are often a small fraction of the fees charged by cash advances. Additionally, credit cards are revolving credit lines, meaning you can carry your balance from month to month as long as you need, so long as you make at least your minimum payments (though you should always pay more than the minimum).

The downsides to using a credit card as alternative financing to a short-term loan include the fact that it can take several days to get your credit card after application and approval. Additionally, you may need to pay a deposit or program fee up front to start using your card. You can browse our selection of unsecured and secured credit cards for bad credit to check out some popular options. 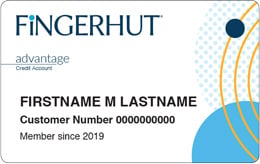 Depending on the size of the loan you need, a personal installment loan can be a significantly better alternative to a short-term cash advance loan. Not only do installment loans tend to have some of the lowest APRs charged by consumer credit products, but they are also specifically designed to be repaid over a series of months or years via regular monthly payments.

Installment loans can be obtained in amounts as small as $500 and up to $35,000, with loan lengths of three months to six years, depending on the lender. You can also have some control over the size of your monthly payments by choosing a loan length that best suits your needs. You can get multiple quotes at once by using an online lending network, like one of our expert-rated options below.

Consider Carefully Before Taking on a High-Interest Loan

For better or worse, it’s often those already in a bad situation who are the victims of misinformation and fraudsters. Trying to find reliable reviews on CashAdvance.com can be hit or miss, and it can be difficult to tell how much credence to give certain reports — and how much of the blame lies with CashAdvance.com.

In the end, you should thoroughly research any financial company before giving them your personal information and never enter into a financial agreement with any company with which you are not comfortable doing business.

And, of course, always consider your options carefully before taking on a short-term cash advance loan (or any other high-interest debt). Getting caught in a cycle of borrowing without being able to repay your debt can be hazardous to both your budget and your credit score.

How to Make the Most of a Debt Consolidation Loan

How to Pay Off Student Loans After a Death