Why You Should Pay Bills On Time, Even Without a Late Fee 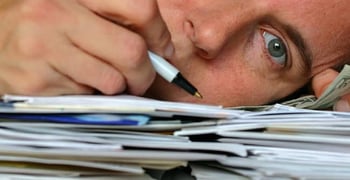 By: David Andrew
Experts share their tips and advice on BadCredit.org, with the goal of helping subprime consumers. Our articles follow strict editorial guidelines.

If you miss a payment on a bill, you’re going to feel an immediate financial sting most of the time.

Many companies charge a steep late payment fee, so if you ever miss a payment, you won’t be eager to make this mistake again.

But what about bills that don’t charge a late fee? Is it OK to be late on these payments? Probably not.

Late payments on these bills can create just as many problems as bills that charge a late fee.

If you have an outstanding loan or credit card balance, the lender is charging interest every month on the balance.

If you are late on a bill, the company may significantly increase your interest rate, maybe doubling or tripling what you owe each month.

The extra interest charges aren’t as obvious as a penalty fee, but they can be just as costly.

Making just one late payment can drop your score by nearly 100 points. This erases months of dedicated work.

While this won’t immediately hurt your finances like a late fee, the long-term damage may be worse.

Your late payments could lead to you being rejected from a future loan or having to settle for a much worse interest rate.

“Even if a company doesn’t charge late

fees, you should still pay on time.”

Some bills like your phone and utilities don’t report to your credit card company. If they don’t charge a late penalty either, it can be really tempting to delay payments. This will lead to problems as well.

First of all, the company will eventually terminate your service, which will be expensive and annoying to start up later.

The company may also eventually turn to legal action and file your bill to collections or place a lien against your property.

This is also a big hassle and looks very bad on your credit score.

A bad habit to pick up.

Even if you had a bill that you could pay as late as you wanted with no negative repercussions, it’s still not a great idea because this is a very bad habit to develop.

You might start just delaying payment on a bill that doesn’t matter, but this can easily lead to you paying other more costly bills late. Don’t risk picking up this bad habit.

Even if a company doesn’t charge late fees, you should still pay your bills on time. There are just too many problems that can come up if you don’t.

3 Ways to Prioritize Your Bills When You Have Bad Credit