What “Game of Thrones” Can Teach Us About Debt 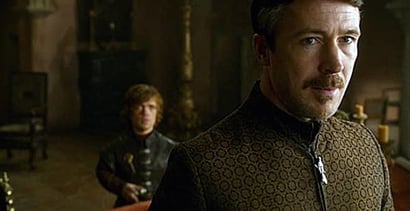 As anyone who has read “Game of Thrones” or watched its popular HBO adaptation can tell you, this is a story that doesn’t pull any punches. Full of political intrigue, betrayal, violence and shifting allegiances, the show portrays a fictional world, but one in which we can clearly recognize certain parallels to our own.

But according to two economists, Dr. Matthew McCaffrey of the University of Manchester and Carmen Elena Dorobăț of Coventry University (formerly of University of Angers), there are valuable lessons in the series that can help us understand debt and the economies in which we live.

In their recent paper entitled “We Do Not Sow: The Economics and Politics of A Song of Ice and Fire,” McCaffrey and Dorobăț explored the theme of debt and the impact it has on the ruling houses of Westeros.

How Debt Impacts the Political Economy of Westeros

In the paper, McCaffrey and Dorobăț examine the networks of power that are derived from the use of taxation and from control of the Iron Throne’s treasury. They point out that the Lannisters, who currently (yet tenuously) control the throne, although renowned for their vast gold reserves, still prefer to use debt to finance their battles – not unlike certain governments we know.

Oversight of the treasury of King’s Landing, capital of the Seven Kingdoms of Westeros, is entrusted to the Master of Coin (more or less a Secretary of the Treasury) Lord Baelish, also known as “Littlefinger.” In his role, Littlefinger uses his power and position to line his own pockets and to create a vast sphere of influence.

The paper also discusses the theme of political obligation that derives from off-shore borrowing. When the Lannisters have exhausted the ability of the citizens of Westeros to pay enough in taxes, they turn to the Iron Bank of Braavos – an influence outside the realm.

Understanding the wealth — and debt — of nations

In an interview with the paper’s co-author Matthew McCaffrey, we asked him to explain just how the use (and misuse) of debt has led to the increasing conflict, political turmoil and upheaval within the Seven Kingdoms of Westeros.

According to McCaffrey, “The Lannisters used borrowed money the way most governments do, to win friends and influence people.” In the philosophy of the Lannisters, “it’s always easier to pay with a promise than with a coin,” — which is a bit at odds with their even more famous adage, “A Lannister always pays his debts.”

However, they soon found out the problem with accumulating debt; “when your creditors stop believing you’ll pay them back, they stop lending to you.” Or worse, “they might even start lending to your enemies if they’re a better credit risk than you.”

“The Lannisters used borrowed money the way most governments do, to win friends and influence people.”

Given the current economic climate in Westeros, what is the Lannisters’ best option when it comes to repaying their debts?

“If you want to pay off a debt, the first thing you have to do is stop spending,” McCaffrey said. “It would also mean ending all the wars they’re fighting and putting an end to their lavish spending. Once you stop spending, you can think about how to deal with your current obligations.”

When asked how Littlefinger’s actions contributed to the Lannisters’ debt situation, McCaffrey replied, “[Littlefinger] does more than simply tax, borrow and create money for the rulers to spend: he also plays a key role in hiding public debts and concealing the true cost of war, thus helping to keep the crown’s finances afloat … There is a line in the books that says, ‘A coin is as dangerous as a sword in the wrong hands,’ and Littlefinger is a prime example of that.”

“A coin is as dangerous as a sword in the wrong hands.”

How can we describe their debt situation using familiar, real-world parallels?

“There does seem to be an analogy between Westeros and the U.S. Monetary and fiscal problems abound in both places,” McCaffrey said. “National debt is skyrocketing in the wake of continued conflicts around the globe and domestic economic troubles. And public spending is increasingly seen as a solution to those troubles, despite the fact that it’s actually a contributing cause.”

And some fans may know the series draws inspiration from major events in European history, such as the War of the Roses (do the Yorks and Lancasters sound familiar?), some may be surprised that developments during our own lifetimes have hauntingly similar appearances in the series.

“Or in the world economy, the Lannisters might be analogous to Greece, while the Iron Bank of Braavos is the European Union. Greece wants to borrow, but they also need a way to roll over their existing debts, and they see the EU as the means to do that. And, of course, when you rely on others to bail you out of trouble, or give you good terms on bad debts, you only encourage more reckless borrowing and spending.”

Pros and Cons of Using the Debt Snowball Method

How to Avoid Getting Into Debt Again