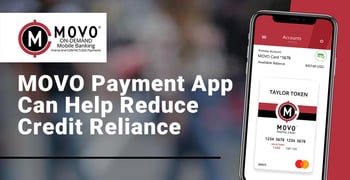 In a Nutshell: While traditional banks and financial institutions are going digital, their business models still operate the same way. The result is that many consumers around the world remain underserved. MOVO ON-DEMAND is a digital debit card and payment platform that changes those dynamics by democratizing banking services and offering safe, accessible, and convenient mobile banking tools. The patented platform works with more than 180 currencies and caters to a global user base with the flexibility and security traditional institutions can’t match.

In many ways, digitization in financial services only happens on the surface. While traditional financial institutions and credit card companies offer websites and mobile apps, their underlying corporate infrastructure often remains the same.

Silos and intermediaries slow transfers and payments and fees may make transactions more expensive than they would be if the system were entirely digital. And the selective nature of some financial institutions may leave consumers who can’t afford to keep a minimum monthly balance on the outside looking in.

That means many potential financial consumers worldwide remain shut out of traditional banking services. Even consumers in the U.S., where the traditional system is highly entrenched, must deal with that friction and its associated costs.

MOVO® is the kind of system financial institutions might create if they could start over. That is precisely what CEO Eric Solis aimed to do when he developed the MOVO platform and applied for a patent on its underlying technology in 2014.

MOVO integrates a secure digital debit card system with a peer-to-peer payment platform, enabling users to send and receive money in familiar ways and access it right from the app. They can interact with merchants and ATMs and save on transactions, all without the need for a traditional bank account or credit card.

Before he built MOVO, CEO Eric Solis participated in micro-investing startups that prioritized efficient strategies, including straight-through processing to eliminate friction. Through his conversations with established firms in the payments space, he realized that money moves more slowly than it needs to, so he developed MOVO ON-DEMAND to fix that.

“MOVO has all the conveniences we know and love about the traditional way of payments because those conveniences work and that behavior is understood. Yet it also offers a whole new set of functionalities in the digital cash realm,” Solis said. “Those two things merge to create a robust outcome.”

Deposit, Send, and Spend on a Secure Digital Platform

A conventional debit card has a 16-digit number, magstripe, and EMV chip. The user waits for the card to arrive in the mail and then calls an 800 number to verify it.

“That’s too slow in today’s world,” Solis said. “And not only that, we use that same 16-digit number over and over like it’s our Social Security number. You’re putting it in autopay gateways for iTunes, Netflix, and Uber, and you’re just spreading it all over.”

Meanwhile, although many traditional Visa and Mastercard debit and credit card accounts are insured, it’s up to the user to make adjustments in all of their accounts if that number ever gets compromised.

“You’ve got to remember all the places where you put it, and all sorts of problems manifest when you fail to pay something on time,” Solis said.

With MOVO, cash and cards are kept separate. Users can deposit money onto the platform from external accounts or transfers from other MOVO users. Then they are free to create as many digital card numbers (MOVO CASH Cards™) as they want and deploy them for different purposes.

“For example, I have a card strictly for Uber, and every time I want to take a ride with Uber, I just log in to MOVO and transfer money from my primary account to that card,” Solis said. “And I don’t have to worry about being charged for a ride I didn’t take.”

Connect and Use the App Like a Traditional Card

All MOVO digital debit cards connect to the user’s primary account through the platform’s dedicated app. The underlying platform offers a true debit card experience, so users can receive cash from other payment platforms, including Venmo and PayPal, and from traditional bank accounts and other users.

That adds flexibility, but it doesn’t get merchants paid, according to Solis.

“Although Venmo and PayPal are great internet currencies, they’re not digital cash,” Solis said. “If you go to In-N-Out Burger and you want to buy a hamburger with your PayPal balance, good luck.”

MOVO’s deeper layer of functionality provides the secret sauce for payments. It integrates with popular payment platforms like Apple Pay and Google Pay enabling the app to work with NFC terminals.

“We built the payment platform right on top of the card rails for instant redemption at 45 million merchants worldwide in over 180 currencies,” Solis said. “In addition to eliminating all the friction and creating real-time redemption capabilities, using our digital cash concept to solve the last mile from there to the point of sale is our magic.”

The platform’s flexibility doesn’t end there. MOVO also connects with more than 1 million ATMs worldwide, including 50,000 surcharge-free ATMs in the U.S.

“If you put all the ATMs owned by the biggest U.S. banks together, you don’t come up with 50,000,” Solis said. “So, in fact, you have a bigger network with MOVO than you do with all those banks combined.”

MOVO gives underbanked consumers the ability to leverage their cash as a debit card, increasing their buying power and decreasing their reliance on expensive credit products. And every digital MOVO debit card can carry an unlimited balance, making them perfect for even the largest transactions.

Many MOVO early adopters originate from the upper echelons of the economy. They are often security-minded and value speed and control over their funds.

“Our typical customer is based more on a psychographic than a demographic. We have millennials, Gen Xers, and even some baby boomers,” Solis said. “It’s more about the way they view money.”

MOVO’s ultimate goal is to reach larger underbanked populations around the world. Anyone with a phone, internet connection, and an ID can use MOVO to connect with the global economy.

“As a young guy, I stepped away from a career as a stockbroker because I recognized there was a need to democratize financial services,” Solis said. “And it’s not just about the U.S. We have a global systemic problem.”

That’s why MOVO is building functionality (MOVO Chain®) that enables users to convert cryptocurrencies, including Bitcoin and Ethereum, into cash and then connect back to the traditional rails for redemption purposes.

MOVO’s inherent efficiencies and low fees make it a much more cost-effective prospect for users.

“This idea of financial inclusion is kind of in vogue, but it’s so utterly important,” Solis said. “If we can help people access financial services, we can set them free.”

How the Financial Ombudsman Service Provides an Objective View