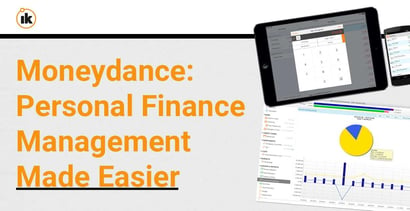 In a Nutshell: Moneydance, which launched in the 1990s, is one of the market’s most established personal finance management apps. But it hasn’t rested on its laurels. After feature updates in 2022, the app integrates with more than 11,000 North American banks — up from about 2,000 — and includes new budgeting and syncing tools. Unlike many competitors, Moneydance remains privacy- and security-focused, with an architecture based on local storage and a business model that keeps user data away from marketers.

The problem with completely free personal financial management apps is that their developers have to make money somehow. Usually, that means selling potentially sensitive user financial data to marketers or degrading the user experience with targeted advertising.

Those options may satisfy informal users, but they tend to leave privacy-focused power users looking for more attractive alternatives.

On the flip side, apps that carry an upfront cost may adopt an expensive subscription model, requiring users to invest multiple times in software that may not justify its cost in new features.

Either way, the consumer often gets the short end of the stick. Most free-to-use and subscription models come with compromises that discerning users may not welcome in a financial management app.

As one of the most established and trusted apps in the personal finance management space, Moneydance differentiates itself by asking users to pay a reasonable one-time fee for a lifetime of use without compromising their privacy or their pocketbooks.

To keep longtime users coming back and encourage newcomers to onboard, the most recent version, Moneydance 2022, comes with updates that extend the app’s already robust feature set.

And purchases made through Moneydance’s secure online portal come with a 90-day money-back guarantee, which means new users have plenty of time to familiarize themselves with the app’s functions before obligating themselves financially.

Purchases made through the Apple App Store and Google Play Store are subject to the refund policies of those stores.

“There’s absolutely no commitment,” said Sean Reilly, who founded Moneydance in the 1990s. “We build it to be as frictionless as possible for entering and modifying transactions, making budgets, and generating reports with as many details as you can imagine.”

Moneydance 2022 includes several groundbreaking new features among its many enhancements and interface tweaks.

With Moneydance+, users may download transactions seamlessly from tens of thousands of banks, credit card accounts, and digital financial providers — about 10 times more institutions than the app previously supported.

Moneydance+ drastically increases the number of potential users who can connect with the service, ensuring the app’s long-term viability. Plaid does the heavy lifting to keep Moneydance current in the financial marketplace as providers come and go.

“Previously, Moneydance could connect with banks only via direct connections to their servers, but fewer than 2,000 banks supported that,” Reilly said. “Through a partnership with an aggregator called Plaid, we’ve made it much easier for people to set up their bank connections and begin downloading transactions.”

With iCloud Drive Syncing, Apple users gain an additional option for secure personal file storage that has the added benefit of meshing more smoothly with Apple’s preferred file workflow. Moneydance also works on Android, Windows, macOS, and Linux, so its original syncing option with Dropbox remains viable for all users (including Apple users who opt for it).

And with Money Foresight, users receive a budgeting tool that predicts balances based on transaction reminders. Originally an app extension built by a dedicated power user, Foresight constructs forecasts based on reminders generated by regularly recurring expenses to provide the best balance forecasting possible.

“Foresight works on those scheduled transactions with the idea that many people create their budgets based on those reminders,” Reilly said. “Because the reminders are very flexible, you can generate detailed predictions of your future account balances and plan accordingly.”

The iCloud Drive Syncing feature came about as a result of user requests. And to incorporate Foresight into Moneydance, Reilly purchased the extension from its developer, who then helped with the integration.

Both are prime examples of one of the most significant benefits of inhabiting the Moneydance ecosystem for users — they become part of a community of enthusiasts who influence the app’s development, look for ways to use it more effectively, and pass their knowledge on to others.

That makes Moneydance ideal for the type of financial planner who leaves no stone unturned in their quest to make the most of their money.

Users post on the Moneydance support site, which works like a topical discussion forum and includes a knowledge base. A customer support team answers questions in the forums and responds to users’ private questions.

There’s also a Moneydance community channel on the Slack communications app. The team receives significant feedback from Slack because many of the community’s ultra-power users interact there.

“Often, those users will respond to other users even before we can,” Reilly said.

The community on Slack includes many developers creating plugins like Foresight that extend the app’s features for specialized use cases. As Reilly and the development team iterate Moneydance, those power users come along for the ride, participating in beta testing to identify problems and highlight features that could benefit from improvement.

There’s also a code repository where the team and the community gather to post and review code and build and test enhancements.

“We have a vibrant community that constantly generates feedback and innovation,” Reilly said. “Anyone can join and just jump right in.”

With the advent of Moneydance+, Reilly introduced a feature he had resisted since the app began back when the internet was in its infancy — a subscription.

Because Plaid requires a small fee to act as a banking aggregator for Moneydance, customers who use the feature pay a monthly subscription fee of $2.

“I always prided myself on providing software to purchase, keep, and use for as long as it’ll run on your computer,” Reilly said. “We charge as little as possible, basically just as a way for us to support running the service.”

But another point of pride for Reilly is that Moneydance never sunsets old features in favor of new ones. For example, introducing iCloud Drive Syncing did not affect the existing Dropbox integration.

So when users can connect directly to their banks — and many can — they don’t need to subscribe to the Plaid integration. As long as thousands of banks maintain their ability to connect directly to apps without the assistance of aggregators like Plaid, the subscription will remain optional. And all Moneydance+ subscriptions come with a free 14-day trial.

Meanwhile, Moneydance continues to provide industry-leading personal financial management without the privacy and security hassles of other apps.

Reilly and the team have designed the app’s download system to hold no personal or financial user data. The only personally identifiable information on Moneydance’s servers is the user’s email address, which the system uses for account identification.

And Moneydance sells no user data or advertising, staying clear of some of the pitfalls of other financial apps.

“We still consider ourselves privacy-focused and very secure,” Reilly said. “We’ll never do advertising in the app — I just want to make things customers will like.”

Your Money Geek: A Fun Approach to Managing Money and Debt