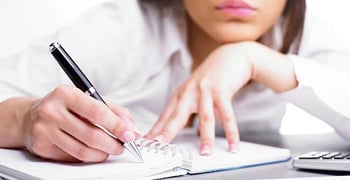 When it comes to peer-to-peer micro loans, lenders are looking at more than a person’s credit history.

According to a recent study from the University of Delaware and Rice University, borrowers that include a story about their financial situation have a much better shot at getting money than borrowers that didn’t.

The researchers looked loan data on Prosper.com, a site where individuals can get loans between $2,000 and $25,000. When applying, a borrower has the option of including a narrative explaining past credit decisions and plans for the future.

“Sixty-five percent of applicants that

included a narrative received a loan.”

While these narratives seem to help borrowers, they didn’t appear to help lenders.

Applications with trustworthy narratives did not have a significantly different default rate than other applications. The trustworthy theme didn’t seem to make borrowers any more honest.

However, if you are looking to borrow money through a peer-to-peer lending site, keep this study in mind. Taking a few minutes to craft a good story could be a big help for your financing.