7 Billionaire Entrepreneurs Who Beat the Odds 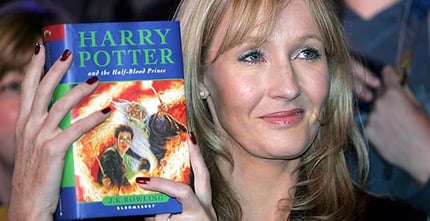 People who have great ideas often don’t have a lot of money to turn those dreams into reality. Fortunately these seven entrepreneurs worked hard to make just that happen – where there’s a will, there’s a way!

Bragging rights: worth $3.1 billion, according to Forbes

DeJoria started working with his brother when he was 9 years old in an effort to help support his family. As an adult, he juggled more than 10 different jobs and found himself sleeping in his car when he didn’t have enough money. He and Paul Mitchell started John Paul Mitchell Systems with $700. DeJoria has now started more than a dozen businesses.

Growing up on a farm, Kamprad would make extra money by buying matches in bulk and selling them by the piece to his neighbors. When he finished high school, his father rewarded him with with some money. He used that money to develop a mail-order business that eventually became IKEA, the biggest furniture retailer in the world.

Bragging rights: worth $2.5 billion, according to Forbes

This media mogul used to live with his mom above a garage. He dropped out of high school at 15, selling classified ads as he tried to make it as a drummer. This love of music inspired Desmond to start Northern & Shell and later launch International Musician & Recording World – just the beginning of his massive media career.

Rowling was a single mother living on welfare when she wrote the first Harry Potter novel’s manuscript. It was rejected by a dozen publishing houses before Bloomsbury finally accepted it. The first printing of the book ran 1,000 copies, and the rest of her growth in the magical world of children’s literature is history.

Bragging rights: one of Time’s most influential people

Growing up during the Great Depression, Walton helped his family make ends meet by milking cows and selling the surplus. After World War II, he took a loan from his father-in-law to purchase a Ben Franklin variety store. The store was extremely successful, and he eventually opened the first Wal-Mart with his brother in 1962.

Born to a teenage mom, Winfrey was sent to live with her grandmother. She often wore dresses made from potato sacks, causing other children to make fun of her. Life was rough until she won an oratory contest and a full scholarship to Tennessee State University at age 17. She later worked with AM Chicago, which was renamed The Oprah Winfrey Show.

Bragging rights: worth $20.5 billion, according to Forbes

Del Vecchio’s mother was unable to care for him, so he spent his childhood in an orphanage. He took on an apprenticeship as a teen, learning how to make parts for eyeglasses. This inspired him to open up his own eyeglass frame manufacturing facility at 23 called Luxottica. It now controls more than 80 percent of the world’s eyeglass brands.

Rags to Riches: 8 Inspiring CEOs Who Made It Big

Behind the Company of One: Dr. Dale Callahan