5 Fictional Dads Who Would Have Bad Credit IRL 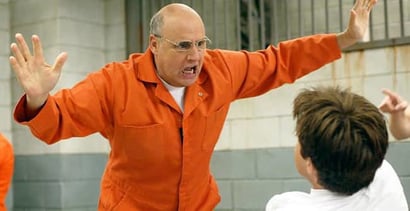 Stefanie O'Connell is a New York City personal finance writer who lives by making her budget stretch. She shares financial planning, investing, and spending advice with national media outlets, including Bustle, US News and World Report, GoBankingRates, Intuit, CBS News, The Dr. Oz Show, and numerous other finance sites, shows, and podcasts. A graduate of New York University, Stefanie discovered the world of financial planning out of necessity. Her passion lies in helping millennials "develop rich habits" they can use for life.

With Father’s Day right around the corner, we decided to take a look at some of our favorite fictional dads who would probably have bad credit in the real world.

Their stories might be made up, but the irresponsible (and hilarious) things they do would make any financial planner cringe.

Homer Simpson has a tendency to impulsively quit his job as safety inspector at the nuclear power plant to whimsically pursue other careers, like being a “pin monkey” at the Bowlarama.

This kind of selfish and impulsive behavior on Homer’s part likely wreaks havoc on the family finances. Constant employment uncertainty and splurge spending tendencies can spell ruin for a single-income family.

The family’s ability to pay bills in full and on time is always at risk. Habits like these threaten not just a temporary shut off of water and electricity, but they could cause irreparable credit damage or even bankruptcy.

With seven children and only one working parent, it’s no secret the Weasley family is not well off.

Draco Malfoy, as much as we love to hate him, may have said it best: “My father told me all the Weasleys have red hair, freckles and more children than they can afford.” He has a point.

In chapter four of “The Chamber of Secrets,” Harry sees the Weasley fortune firsthand — “There was a very small pile of silver Sickles inside and just one gold Galleon.”

The goblins of Gringotts would likely charge the Weasleys exorbitant interest rates if they ever applied for a loan (if approved at all).

Much like his yellow-tinted inspiration Homer Simpson, Peter Griffin is a great example of how not to be a responsible blue-collar father.

As the only source of income for a family of six (including the dog, Brian), he makes a litany of remarkably bad financial decisions.

In season 10’s “Lottery Fever,” the Griffins win the lottery only to squander all the money on lavish lifestyle choices (including a suit of solid gold). In a hair-brained attempt to get the money back, they take out a second mortgage on their house and use the money to buy more lottery tickets (a bad move for your credit score).

This is just the tip of the iceberg of all the terrible financial decisions Peter makes throughout the series.

Founder of the Bluth Real Estate empire and patriarch of the “Arrested Development” Bluth family, George Bluth is a case of questionable credit.

He finds himself in prison after it’s discovered he’s been defrauding investors and spending company money on his own extravagant lifestyle. Meanwhile, his family, already accustomed to a certain way of living, is left penniless while he serves his sentence.

George Bluth set his family up for failure by committing them to a reasonably high cost of living built upon false income. With expensive taste and no money, the family must be left relying on plastic with no plan for how to pay the bill — a questionable credit practice indeed.

“A Lannister always pays his debts”? The Lannisters became one of the most powerful families in the Westeros thanks to the great wealth produced by their gold mines in the Westerlands. Unfortunately those pits haven’t yielded a single nugget in three years.

In order to pay for their war against everyone looking to take the Iron Throne, the Lannisters have to borrow. With no plan and no collateral to pay back debts, these golden lions are setting themselves up for a credit disaster (and the Iron Bank doesn’t take kindly to default.)

Can Your Parents’ Bad Credit Hurt You?

Why You Should Actually Listen to Your Parents’ Credit Advice

What You Can Teach Your Parents About Credit

Will Divorce Impact Your Credit Score?