What is a Bitcoin? 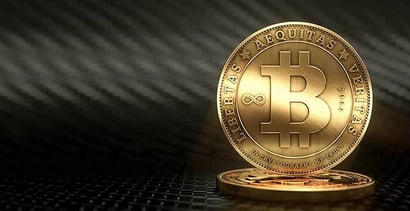 The digital currency known as Bitcoin has been all over the news.

Perhaps it is because the value of a single Bitcoin in dollar terms has rose from $200 to more than $1,000 in November 2013 alone.

It is only natural that such a rapid rise in value would attract attention and generate headlines.

Could it have any impact on your credit?

Bitcoin is a form of digital currency that uses a highly secure encryption technology to protect and guarantee its authenticity.

It also uses a network of computers around the world to generate pieces of a mathematical puzzle called a blockchain.

The blockchain contains all of the information about a Bitcoin transaction, including transfer of ownership or payment made in the Bitcoin currency.

Does it have a credit component?

Bitcoin as a currency is very new. In fact, it was created in response to the worldwide credit crisis that hit its peak in 2008.

The first Bitcoin transactions took place in 2009 after the currency was introduced to the public and the cryptographic network was set up.

One of the advantages that supporters of the currency promote is it has no centralized banking feature, which also means it has no means of issuing credit.

are against the use of credit.”

Will it have any impact on your credit?

Although the U.S. Congress and even the Federal Reserve Bank acknowledge Bitcoin as a “legal means of exchange,” they stop short of authorizing its use by U.S. regulated banks.

Because of this, there is no reporting mechanism for the credit rating agencies to use in determining its effect on your credit score. In short, there is currently no impact for U.S. consumers of using Bitcoin.

Here is a final word of caution about Bitcoin and other virtual currencies: Since the U.S. banking system does not regulate these forms of currency, there is no legal protection or means for prosecuting fraud committed using them.

It truly is a “buyer beware” situation when dealing with these forms of payment. The concept of a legal virtual currency is intriguing, even if it’s not yet mature.

What is the Difference Between Bad Credit and No Credit?

What is Quantitative Easing?

What is Your Credit Utilization Ratio?