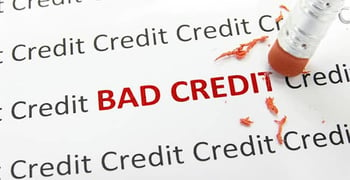 In 2004, Congress initiated a 10-year project to study the accuracy of the credit reporting industry. The results are published in two-year increments. The most recently published results prove to be rather alarming.

Each of the 1,001 volunteers were given access to their most recent credit reports from all three major bureaus (Equifax, Experian and TransUnion).

They were asked to review the reports for errors and report their findings. They were then guided through the dispute process with all three bureaus to yield their new score.

“Twenty-six percent of consumers found at

least one error on their credit reports.”

Furthermore, those participating in the study were self-selected. This indicates the sample selection for the study isn’t entirely sufficient.

In order for the study to be truly representative of credit reporting industry errors on the whole, a random sample of scores would be needed.

Unfortunately, such an undertaking isn’t possible. Without having a participant volunteer, there’s no way to review the report for accuracy.

While the Federal Trade Commission admits the results of the study may not match the actual percentage of errors found “in the wild,” they do note it’s important to check your score regularly for inaccuracies and use the dispute process to have them corrected.

1 in 4 Americans Have Never Checked Their Credit Report

4 Ways to Remove Errors from Your Experian Credit Report