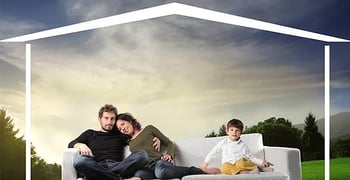 Buying or building a home can be an overwhelming process, especially when you factor in the challenge of finding the right mortgage for your needs.

In reaction to the financial crisis that began in 2008, the government has issued new mortgage standards that are intended to help the average American obtain a safe mortgage they will be able to afford.

What is a qualified mortgage?

A qualified mortgage is a loan for a home that meets new government standards that go into effect in January 2014.

The goal of the new standards is to ensure consumers will be given safer home loans they can realistically afford and repay. Consumers also have certain protections.

According to the Consumer Financial Protection Bureau, “The Dodd-Frank Act requires creditors to make a reasonable, good faith determination of a consumer’s ability to repay any consumer credit transaction secured by a dwelling…and establishes certain protections from liability under this requirement for ‘qualified mortgages.’”

The qualified mortgage loans must be insured or guaranteed by the Federal Housing Administration or U.S. Department of Housing and Urban Development.

Additionally, according to QualifiedMortgage.org, an informational site on the new rules, the loans will have a cap on points and fees – generally three percent of the total amount.

There will be up to two more discount points allowed depending on the rate, and higher caps will be allowed if the loan is less than $100,000.

There are limits on the loan’s actual features in an attempt to get rid of high-risk loan features that may have contributed to the housing collapse in 2008:

There will be new underwriting requirements to ensure the borrower will be able to actually afford and repay the mortgage:

“These new rules are

How do qualified mortgages benefit consumers?

One of the critical mistakes that led to the mortgage and housing collapse of 2008 was it was too easy to get a mortgage.

Consumers were being approved for mortgages they could not actually afford, leaving many homeowners unable to make their house payments.

Many lost their homes and others owed more on the house than the house was worth. At the time, some mortgage loans also had unfavorable terms that greatly disadvantaged the borrower.

These new rules are creating safer loans that prohibit and limit the high-risk features that contributed to the housing crisis. These lower-risk loans will be better for Americans wanting to buy a home.

How do qualified mortgages benefit lenders?

On the flip side, lenders may benefit from the new standards.

According to QualifiedMortgage.org, “Lenders that make QM loans will receive some degree of legal protection against borrower lawsuits, either in the form of a safe harbor or rebuttable presumption.”

What is an Adjustable Rate Mortgage and How Does it Work?

Do You Know What a Good Faith Estimate Is?

What is the Difference Between Bad Credit and No Credit?

What is a Reverse Mortgage and How Does it Work?