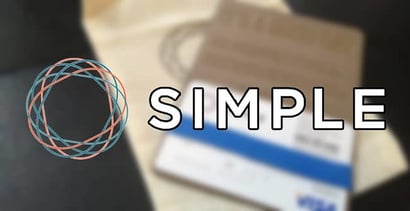 In a nutshell: Mobile banking platform Simple takes a 21st-century approach to retail banking with a 100 percent digital experience. Its focus on convenience and budgeting tools is changing how consumers get the most out of their finances.

In early 2009, Josh Reich sent an email to Shamir Karkal that read, “Let’s build a retail bank… and one that doesn’t suck.”

Since then, Simple has shown more than 120,000 people nationwide that banking without physical branches is not only possible, but also really cool and convenient.

And for some of those customers, its friendly 21st-century approach to banking and budgeting actually helped them get out of thousands of dollars of debt.

Building a New Kind of Bank During the Great Recession

Simple began in July 2009, the tail-end of the Great Recession and of banking’s lowest points in history.

“Consumer trust in banks was at an all-time low,” Simple Communications Manager Krista Berlincourt said. “Our founders wanted to build a bank that didn’t suck. A bank that was designed to actually help its customers.

According to Berlincourt, Reich was frustrated at how difficult major banks made relatively simple processes. Working as a quantitative analyst on Wall Street at the time, he was able to use data analytics to optimize billion-dollar portfolios, but still ran into fees, charges, ACH delays and other aggravating issues that plagued retail banking.

“It’s difficult as hell to read a bank statement, and there’s no reason for that,” Berlincourt said. “It’s not about the money — it’s about creating a bank and a brand our customers can trust… We are invested in helping our customers do better.”

In 2012, banks earned roughly $32 billion on overdraft fees alone. Once you include other nickel and dime tactics like bounced check fees and monthly account maintenance fees, you can begin to imagine the ridiculous profits financial institutions make.

But with Simple, actions that would normally come at a price at larger institutions — like account activation, overdrafts, minimum balances and fund transfers — cost exactly $0 for customers.

“We never profit from fees,” Berlincourt said. “That’s something we’re very proud of and won’t change as we continue to build out our product portfolio.”

“It’s not about the money — it’s about creating a bank and a brand our customers can trust… We are invested in helping our customers do better.”

Simple instead makes its money the old fashioned way — by earning it. The company’s fee-free business model relies on card interchange and account interest earned through its partner bank Bancorp, which acts as the custodian for its users accounts.

The Perks of Mobile Banking

Simple partnered with a newtork of 55,000+ ATMs that allow users to make fee-free cash withdrawals.

Like most banks, users can set up automatic bill payment directly through Simple — and unlike most banks, there’s no fee. The app also makes it just as easy to send funds to other individuals.

Users also receive push notifications on their mobile device seconds after making purchases. This near instantaneous response is made possible by Simple’s own in-house transaction processor the company built from scratch.

“In fact, when making purchases our customers often note that they receive a notification before the bill,” Berlincourt said. “We call this a win… We believe that you should know where your money is at all times.”

Users can withdraw cash from any one of 55,000 ATMs in the STARsf® and AllPoint networks if they need physical money for whatever reason. While you probably don’t know where these ATMs are located off-hand, a handy map in the Simple app will help you navigate your way to the closest one.

However, don’t expect a rebate for fees charged by out-of-network ATMs for two reasons: “Firstly, we help our customers easily avoid it by offering 55,000 surcharge-free ATMs and the ability to get cash back at thousands of merchants. The second reason is more philosophical: we anticipate that our customers would rather not subsidize the big banks they left behind.”

A 21st-Century Approach to Banking

Although it shares many features in common with typical banks, the look and feel of the app itself is where Simple really shines. It’s the kind of sleek and simple design users have come to expect from innovative tech-startups: intuitive, easy to use and a pleasure to look at.

Not only is its interface more visually attractive than what you’d find from a massive financial institution, but it introduces handy features that take cues from social media and general Silicon Valley chic.

For example, a typical transaction would only feature the merchant’s name, amount and date on a traditional bank statement. But with Simple, you can attach a variety of other metrics as well: photos, physical locations, tip information and even hashtags help categorize your expenses.

Using can then save specific searches (ex. “taxis,” “Chicago,” “dog food,” etc.) and receive glance-able updates every time they log into the app.

“When you use Simple, you can search things like ‘how much did I spend on lunch,'” for any given period of time, Berlincourt said. “So before I’ve done anything on the savings side, before I’ve optimized any of my finances, I can see where my money’s going.”

There’s something to be said for an app that makes banking convenient, but can it actually help you get out of debt? For at least one man, that answer is a resounding yes.

On Aug. 15, 2014, Will Parker of Greenville, South Carolina excitedly tweeted that he had use Simple (and advice from Dave Ramsey) to eliminate $20,000 worth of debt in a little over nine months.

While Berlincourt said Parker’s testimonial was entirely unsolicited, she said he probably used Simple’s “Goals” and Safe-to-Spend™ features to tackle his debt.

“If you’re looking at how you got yourself into debt, it’s really important to know where you started,” Berlincourt said. “It’s really about providing a clear picture of your finances and more importantly connecting with your finances, because they tell a story.”

“It’s really about providing a clear picture of your finances and more importantly connecting with your finances, because they tell a story.”

The Goals feature allows users to actively budget their money for short-term expenses like paying rent, utilities and groceries, as well as long-term targets like setting up an emergency fund or buying a new car. Instead of seeing a “current balance” like typical banks, users will see a Safe-to-Spend™ balance that accounts for these recurring and long-term expenses.

Handy features like these make it much easier to avoid living beyond your means.

How to Get Simple

While Simple is generally more pleasant to do business with than major financial institutions, actually getting an account is much more difficult. While more than 120,000 people are already banking with the burgeoning company, still thousands more are waiting on an invitation to join.

To secure your place in line to get your very own Simple card, sign up at their website or download their app via iTunes or Google Play.

What’s the Difference Between Credit Unions and Banks?

Creating a Budget When You Have Several Bank Accounts

How Banks are Taking Too Much Money From You

Should Banks Give Consumers Their Credit Scores for Free?